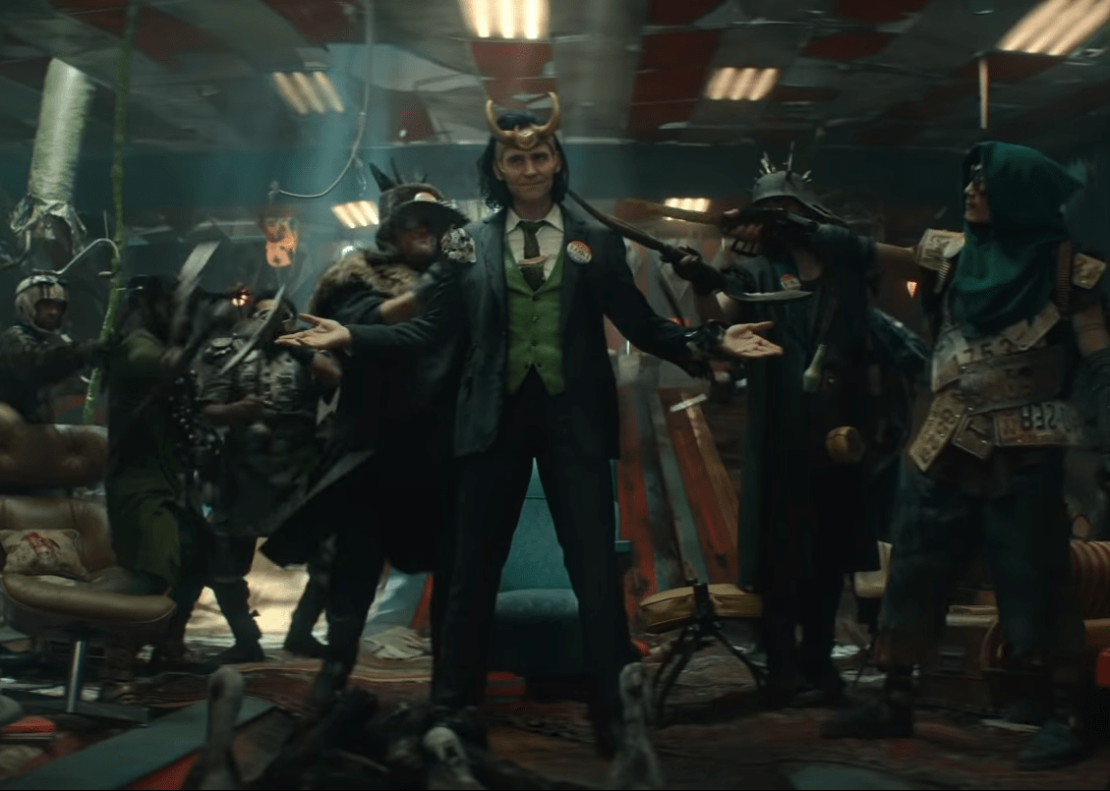 Come On, What Did You Expect?

During the Disney Investors Day, Kevin Feige introduced us to the first Loki trailer for the upcoming Loki series and in this article, we are going to break down the trailer and tell the details you might have missed in it.

Time Variance Authority is basically bureaucratic time police, their responsibility is just to maintain the integrity of all respective timelines and prosecute those who threaten it. TVA first appeared in Marvel Comics in 1986 in Thor #372.

In the beginning, we see Loki with a TVA agent named Mobius M. Mobius (Owen Wilson), and most people don’t know him and that he first appeared in 1991, Fantastic Four #353 top prosecute them for their Time Traveling adventures. This tracks from what we see in the trailer when Loki is taken to an office and shown an advanced holographic figure of himself confirming his crimes against time.

When Mobius M. Mobius is showing Loki footages of his crime we see a holographic figure of Loki in his Thor: Ragnarok outfit, but in this series, Loki is in the TVA after the events of The Avengers (2012), So, there is a possibility that Mobius shows Loki his death in Avengers: Infinity War (2018).

In the trailer, we see many times in the TVA office that there are three figures almost everywhere and these figures are most probably The Time Keepers whose origin is connected to the formation of the TVA.

We see Loki and a squad goes into a building named ROXXCART and there is a striking resemblance between ROXXCART and ROXXON which has been in the MCU for a long time and it was even in the Iron Man (2008) climactic fight scene, and the Miles Morales Spider-Man Video Game, and in a Marvel short film named A funny thing happened on the way to the Thor’s Hammer.

We see Loki in the trailer dressed as the notorious D.B. Cooper, who is still a mystery. D.B. Cooper hijacked a plane going to Seattle on November 24, 1971. D.B. Cooper wore a black suit and black sunglasses just like we see Loki in the trailer and then he managed to extort nearly 1.3 Million dollars in ransom and parachuted out of the plane, and all that was found was some half-burned notes in the river. This confirms that Loki will be playing with historical events and even change them.

In the end, we see Loki with a classic smile and a quip saying. Come on, What did you expect? What we need to see in the scene is the warriors behind Loki and Loki himself is wearing Loki For President button, which is probably based on the 2016 edition name “Vote Loki”. Vote Loki is a satire created around the actual 2016 American Presidential election.

In this scene, we see a child and Mobius M. Mobius standing in front of a weird stained glass window which bears a striking resemblance to the Marvel villain name Mephisto, who is in the talks to come on the big screen in Phase 5 of Marvel.

There is a big chance that this series will feature Lady Loki, and this is suggested by the set photos that got leaked from the Marvel series. Lady Loki will probably be played by Sophia Di Martino’s character, who is probably the time screwing villain in the series and probably Loki will go against her.

Polybius is another historical mystery that we don’t know much about. In the early 2000s internet chatrooms began talking about a video game named Polybius which induced psychedelic effects in its players, but the authorities confirmed that the game never even existed.