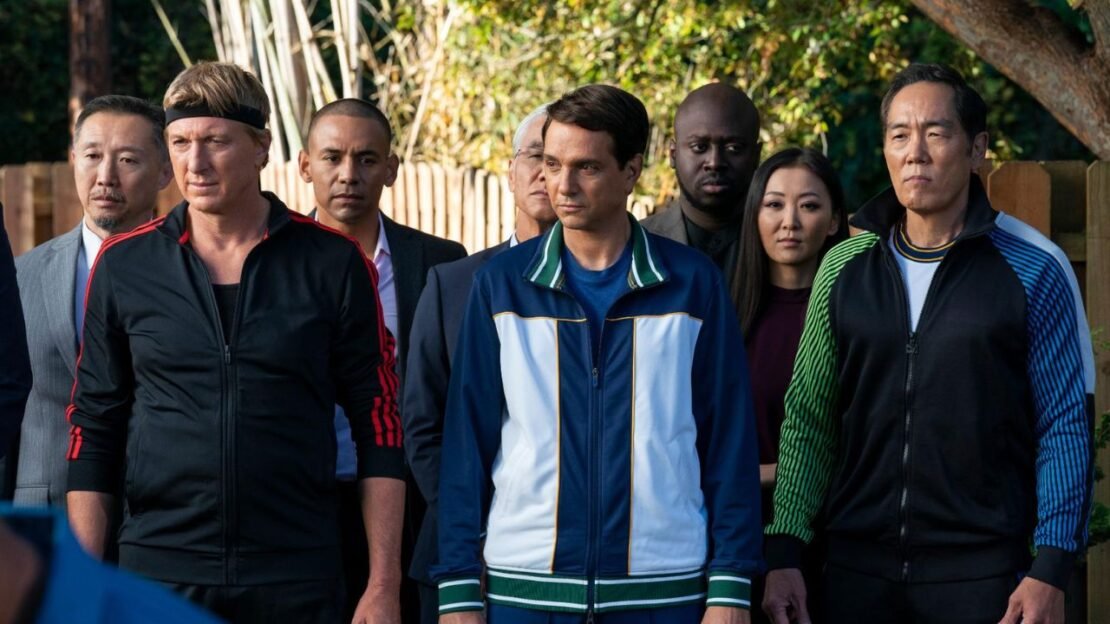 Cobra Kai Season 5 is finally here and it’s better than the last one, which no one thought was possible. The drama series focuses on Johnny Lawrence (William Zabka), who has kind of left bullying and turned into a karate instructor from a student. The series continues the story of the 1984 film The Karate Kid, in which Johnny lost the “All Valley Karate Tournament” to his frienemy Daniel (Ralph Macchio). In the series, Johnny inspires weak kids to learn karate so that they can stand up to their bullies and fight to protect themselves but everything gets muddy in a very entertaining way and many iconic characters from the Karate Kid movies make their appearance in the series. So, if you love the Cobra Kai series here are some more shows you could watch if you have already binged the fifth season.

Synopsis: A quarter-life crisis causes a young Chinese-American woman, Nicky Shen, to drop out of college and go on a life-changing journey to an isolated monastery in China. But when she returns to find her hometown overrun with crime and corruption, she uses her martial arts skills and Shaolin values to protect her community and bring criminals to justice…all while searching for the assassin who killed her Shaolin mentor and is now targeting her.

Synopsis: Warrior is a crime drama set during the brutal Tong Wars of San Francisco’s Chinatown in the latter part of the 19th Century. Inspired by the writings of the late Bruce Lee, the series follows Ah Sahm (Andrew Koji), a martial-arts prodigy who immigrates from China to San Francisco under mysterious circumstances and becomes a hatchet man for the Hop Wei, one of Chinatown’s most powerful tongs (Chinese organized crime families). Initially befriended by Wang Chao (Hoon Lee), a wily fixer, Ah Sahm is taken under the wing of Young Jun (Jason Tobin), the hard-partying son of the Hop Wei’s leader, Father Jun (Perry Yung), who is facing an imminent opium war with a rival tong run by Long Zii (Henry Yuk). As he’s indoctrinated in the rules of Chinatown gangs, Ah Sahm wins the confidence of a canny brothel madame, Ah Toy (Olivia Cheng), revealing to her the true intentions of his journey to America: to track down a woman who had emigrated two years earlier. Over the course of ten S1 episodes, Ah Sahm crosses several boundaries in and outside Chinatown, bringing him into contact with Long Zii rivals Mai Ling (Dianne Doan) and Li Yong (Joe Taslim); patrolmen “Big Bill” O’Hara (Kieran Bew) and Richard Lee (Tom Weston-Jones); power-hungry Mayor Blake (Christian McKay) and his young wife Penny (Joanna Vanderham); and working-class rabble-rouser Dylan Leary (Dean Jagger), a tough Irishman who encourages white dock workers to inflict as much damage as possible on the Chinese immigrants he claims are stealing their jobs.

Synopsis: Black Dynamite revolves around the everyday lives of a heroic, crime-fighting vigilante of justice and his friends as they engage in a variety of adventures while working to keep their community safe. Plus, Black Dynamite delivers an all-out assault on your action taste buds.

Synopsis: Fifteen years after being presumed dead in a plane crash, Danny Rand (Finn Jones) mysteriously returns to New York City determined to reclaim his birthright and family company. However, when a long-destined enemy rises in New York, this living weapon is forced to choose between his family’s legacy and his duties as the Iron Fist.

Synopsis: Centuries from now, a feudal society has emerged in the wake of civilisation’s destruction. This area is now called the Badlands and is uneasily divided among seven rival Barons. Each Baron enforces their iron rule with the aid of loyal armies of trained assassins known as Clippers. The most lethal of the Badlands’ Clippers is Sunny (Daniel Wu) — the Regent (Head Clipper) and most trusted advisor of Baron Quinn (Marton Csokas). For decades, Quinn has been unchallenged as the Badlands’ most powerful Baron; however, the territory’s newest Baron, The Widow (Emily Beecham), has begun testing his appetite for a fight. One day, Sunny rescues M.K. (Aramis Knight), a teenage boy who has survived a deadly ambush. Sunny soon comes to understand that the teen harbours a dark secret and has a hefty bounty on his head. Together, they will embark on an odyssey that could mean the difference between chaos and enlightenment for everyone in the Badlands.

Synopsis: Located in a strip mall, the Bobby Wasabi Martial Arts Academy is in danger of closing until Sensei Rudy recruits Jack, the only student who can restore glory to Bobby Wasabi and vanquish their bitter rival The Golden Dragon. When Jack teams up with his new friends, Jerry, Milton and Eddie, these underdogs are determined to dominate the competition and save their dojo’s reputation.

Synopsis: Set in Mexico in the 1970’s era, Seis Manos centers on three orphaned martial arts warriors who join forces with a DEA agent and a Mexican Federal to battle for justice after their beloved mentor is murdered on the streets of their tiny border town.