HBO is getting two award winning directors to direct The Last of Us series.

According to Variety, HBO has hired two award-winning directors, Jasmila Žbanić and Ali Abbasi to direct episodes of The Last of Us series which was adapted from Sony’s hit video game series of the same name.

The Last of Us series was first announced back in March 2020, when the series didn’t have a full series order which the series got a few months later in November, and the series has already cast Pedro Pascal (The Mandalorian) in the lead role alongside Bella Ramsey and Gabriel Luna as Ellie and Tommy. The series is being co-written and executive produced by Craig Mazin (HBO’s Chernobyl) and Neil Druckmann (Last of Us video game).

Bosnian filmmaker Jasmila Žbanić’s latest feature Quo Vadis, Aida? has earned a nomination for the best international feature film at the upcoming 93rd Academy Awards. Jasmila Žbanić was also nominated for the best director at the 73rd British Academy Awards. Abbasi has also directed two brilliant films one of which was officially selected for the 2018 Cannes International Film Festival. Kantemir Balagov is set to direct the pilot of the series and it is not yet announced how many episodes each will be directed by Žbanić, Balagov, and Abbasi.

The Last of Us is set to start filming on July 5 in Calgary and isn’t scheduled to wrap up until June 8, 2022. 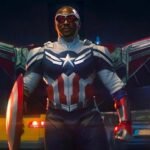 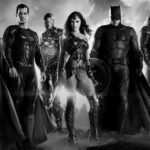