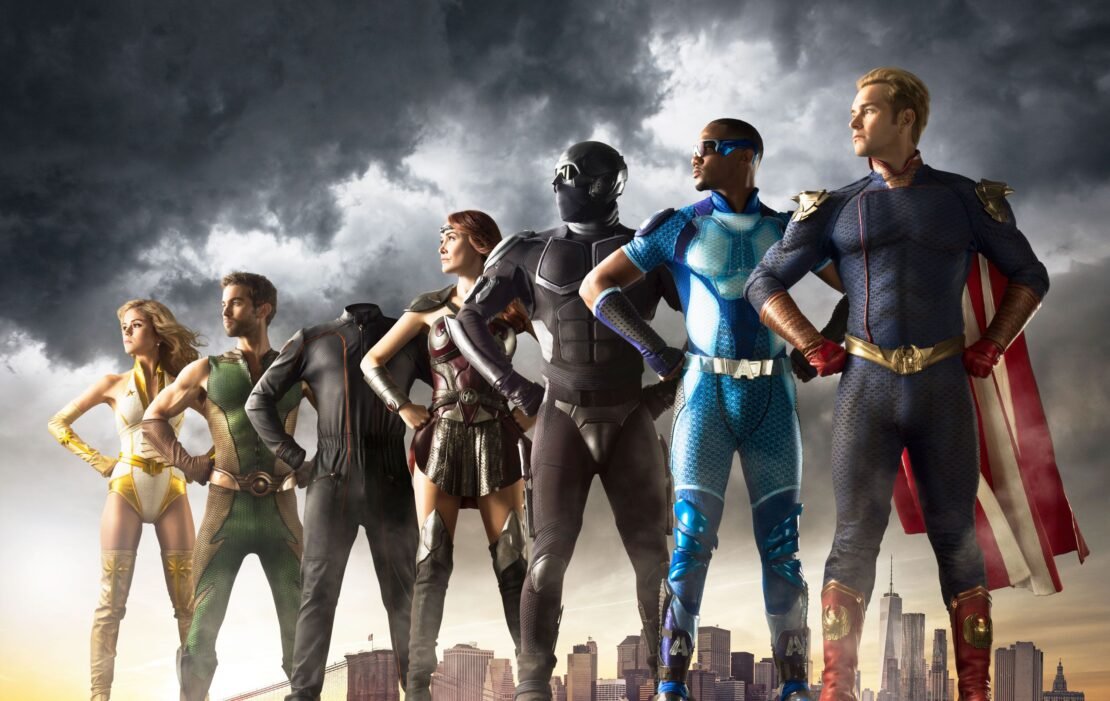 The Boys Season 2 is set to premiere on Amazon Prime Video on September 4, 2020.

The Boys is loaded with superheroes and supervillains but in the center of it all, there is only one team and that is The Seven which contains mostly assholes, but also some good people and some conflicted. So, let’s talk about their characters in the series and their comic equivalents. We will not include Translucent as he was killed by an ass bomb in season 1 instead of him there is a new member joining The Seven.

Homelander (Antony Starr) and his comic counterpart have one major difference and that is at the beginning of the comic book it’s not only Deep (Chace Crawford) who sexually assaults Starlight (Erin Moriarty), she was also assaulted by Homelander and Black Noir (Nathan Mitchell) as well, but the series version is mostly interested in Madelyn Stillwell (Elisabeth Shue), and his plans involving Vought and Compound V, mostly just being an as**ole and an evil person. The appearance between the series Homelander and the comic one is mostly similar.

Queen Maeve (Dominique McElligot) aka Maggie Shaw have completely different characteristics than its comics equivalent. In the comics, Queen Maeve is a cold and jaded alcoholic who mostly barks orders at her groveling servant, normally for another martini. Queen Maeve in the series is much more of a conflicted person and her homosexual romantic subplot gains even more sympathy for her, but she is still not that good of a person.

Stormfront (Aya Cash) is the newest member of The Seven who will debut in The Boys Season 2. The biggest difference between the series Stormfront and her comic counterpart is that Stormfront is a he and he is a Nazi.

Starlight (Erin Moriarty) aka Annie January starts out in the series and the comic just about the same, as a naive person who wants to save people but in the comic Starlight doesn’t play a public role in The Seven from the beginning, she has to bear so much before that.

A-Train (Jessie Usher) aka Reggie Franklin’s most obvious difference from his comic equivalent is that he is white in the comics and the other member of the team still treat him as a rookie except Starlight, as he is been on the team for only a couple of years.

Black Noir (Nathan Mitchell), if we are talking about the mysterious character in both the comics and the series it has to be Black Noir. There is very little information is known about him and people want to see more of him.

The Deep (Chace Crawford) has mostly nothing in common with its comic equivalent as for instance he is black in the comics and even if we ignore that he still doesn’t compare to its character in the comics. That is maybe largely because in the comics The Deep is not that important, he barely has any impact on the storyline, he doesn’t have that many lines, so basically he is Aquaman (old version). The series version is much more complicated and interesting. The Deep in the comics can fly and that makes the fact that he is wearing an antique diving helmet even more absurd.

With, The Boys Season 2 just days away, We wanted to provide you with a list of the people who will fight against The Boys except for Starlight I think because the trailer suggested something else.

If you want to know more about, The Boys Season 2 Click Here.