Supernatural’s Jensen Ackles time of hunting demons and monsters might be over, but his time as a detective is just getting started, Ackles will voice Batman in the upcoming Batman: The Long Halloween, Part One animated film.

According to The Hollywood Reporter, Ackles will voice Bruce Wayne aka Batman in the upcoming Batman: The Long Halloween, Part One animated film, the film is an adaptation of a popular comic book series written by Jeph Loeb and illustrated by Tim Sale. The comic book was 13 issue limited series which ran from 1996 to 1997.

As the film’s title suggests there will be part two aka a second film and the first one will arrive during this summer or spring.

Comic Book Series Plot: Batman is still in his early days as the caped crusader, and he comes across a killer named Holiday. Holiday kills his victims on every holiday, as the Batman begins to investigate he comes in contact with his most famous enemies. The story also connects to how Harvey Dent became Two-Face.

The rest of the cast for the film includes Naya Rivera as Selina Kyle aka Catwoman, who sadly passed away in July after recording her part.

Jack Quaid and Ackles will also appear in The Boys Season 3, in which Ackles is joining the cast as Soldier Boy.

The upcoming film will also see the return of director Chris Palmer and writer Tim Sheridan, who also worked on Superman: Man of Tommorow. 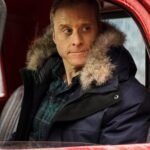