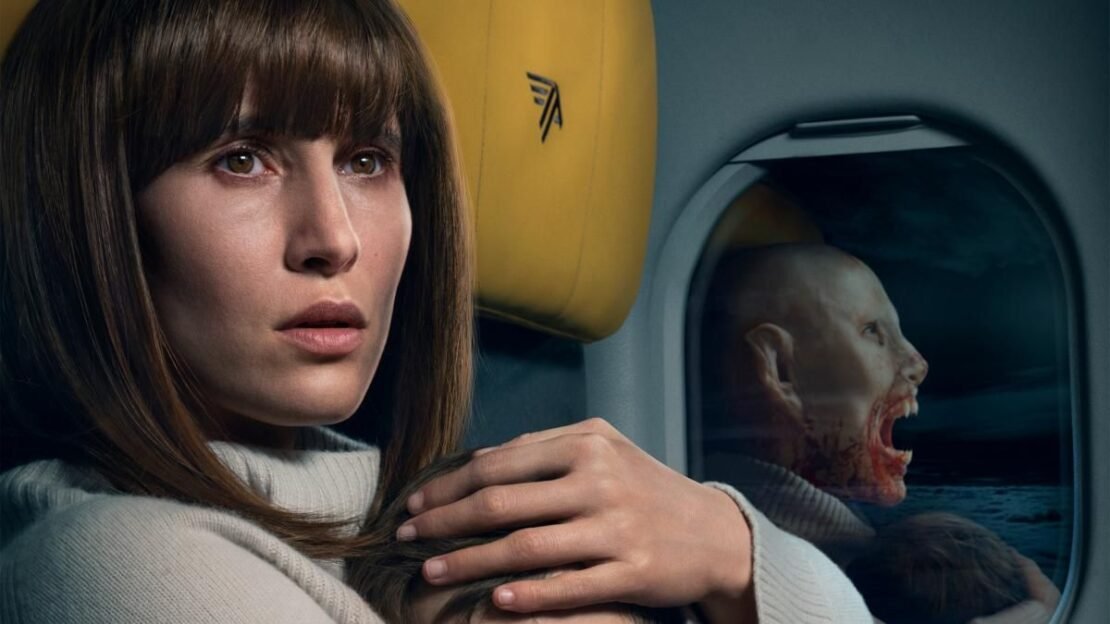 Netflix’s Blood Red Sky is about to break a major record, proving that the streaming giant is now more than ever is more popular with movie fans. The horror-thriller film focusing on a vampire trying to stop a group of airplane hijackers starring Dominic Purcell has performed incredibly well for Netflix since it premiered on the streaming service on July 23. It is about to be four weeks since the film’s release and already it is about to become the biggest ever German project in Netflix’s history.

According to Deadline, Blood Red Sky is projected to surpass 50 Million viewers by the time it reaches 28 days on Netflix. The film reached the number one spot on the most-watched list in 57 different countries which include the United States of America and has been consistently in the top 10 list in 93 countries. Blood Red Sky will supposedly break the record set by the TV series Barbarians to become the most-watched German original by and on Netflix.

The film is great when you know on a service like Netflix where you are constantly browsing something different, 90% of the people who started the film ended up watching it in its entirety. Blood Red Sky currently holds the score of 81% on Rotten Tomatoes and 6.1/10 on IMDB.

Blood Red Sky is directed by Peter Horwath, from a script co-written by Stefan Holtz and Horwath himself. The film was produced by Christian Becker and it stars Peri Baumeister, Kais Setti, Alexander Scheer, Dominic Purcell, and Graham McTavish.

The official Synopsis for ‘Blood Red Sky‘ is:

Nadja and her ten-year-old son are on an overnight flight from Germany to New York when a group of terrorists violently take control of the plane and threaten the lives of the passengers. But the terrorists have no idea what they’re in for with Nadja on board – she has the power to protect her son and all the other passengers. But she faces an impossible choice – should she reveal her dark side and the inner monster she has kept hidden from her son for years in order to save him? The hunters become the hunted and everyone on the plane finds themselves in a perilous race against time – a fight for survival because there is one thing nobody knows: Nadja is the last vampire.

So, if you have the German horror-thriller tell us in the comments how do you like it and if you haven’t watched it what are you waiting for?