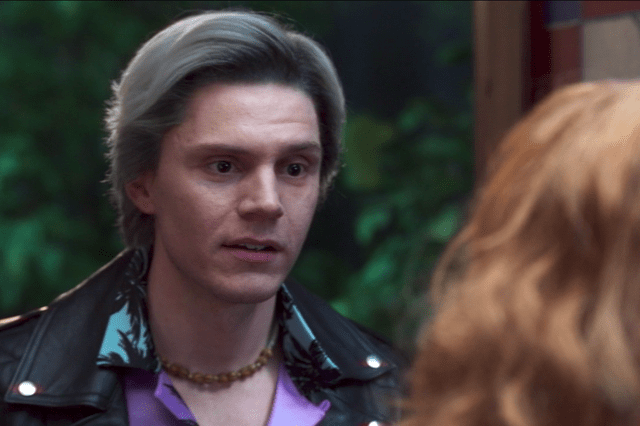 This article contains major spoilers from the fifth episode of WandaVision.

We all have been experiencing WandaVision every week on Disney+, and all of the episodes have been brilliant, and the latest episode dropped a major bomb on all its viewers. While there is a lot to talk about in the fifth episode of WandaVision, in this article we are only going to focus on Evan Peters‘ Quicksilver appearance as Pietro Maximoff (Wanda’s dead brother).

Avengers: Age of Ultron saw the Maximoff twins fighting against the Avengers, and then switching teams and fighting alongside them, but by the end, Aaron Taylor Johnson‘s Pietro dies trying to save Hawkeye and a Kid in Sokovia against the fight with Ultron. We see Wanda in WandaVision, and she is still grieving for her brother, and Vision (who died in Avengers: Infinity War, but we are not going to talk about it anymore). This episode deals with death when Wanda and Vision’s twin found their pet dog dead, and they ask Wanda if she can bring back the dead and by the end of the episode, we hear a knock on Vision’s residence and Evan Peters‘ Pietro appears.

Evan Peters’ Quicksilver first appeared in X-Men: Days of Future Past, and then he went on to appear in two more X-Men movies with his last appearance in X-Men: Dark Phoenix, now all X-Men movies were owned by 20th Century Fox but last year Disney acquired Fox and now X-Men can also be included in the MCU.

Kevin Feige said some time ago that fans will have to some time for new X-Men movies, and there are no X-Men movies under development yet.

Evan Peters’ Pietro – How is he in WandaVision?

In the comics Quicksilver (Pietro) and Scarlett Witch (Wanda) are twin mutants, who later find out that their father is Magneto, who is often a villain in the X-Men stories, but before that Wanda and Pietro were a part of Magneto’s Brotherhood of Evil Mutants. Then both twins switch sides and join the Avengers.

This is the evidence that Wanda and Pietro both have ties to X-Men and the Avengers, and now when Disney has acquired Fox, Marvel has rights to X-Men also so there is a chance that Evan Peters‘ Quicksilver has been rehired to play Wanda’s dead brother Pietro.

Evan Peter’s appearance as Pietro – What does it mean?

Peter‘s appearance on Wanda’s doorstep as Pietro, can mean anything from a fun easter egg to a setup to merge Peters‘ Quicksilver and Pietro speedster.

Pietro’s appearance can also be a tribute to Brian Michael Bendis and Olivier Coipel‘s 2005 series ‘House of M‘, one of comic book storyline which seems to have inspired some parts of WandaVision. In the eight-issue we see Wanda’s overwhelming grief leads her to create an alternative reality where many characters are living out their dreams but it was later revealed that it was all suggested by Pietro because he was afraid that X-Men and Avengers who has deemed grieving Wanda a threat would kill her.

It is also possible that Wanda just recast some random guy living in Westview to play her brother, but that seems unlikely.

What do you think this means for the future of the MCU? 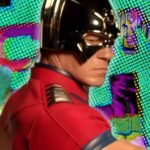