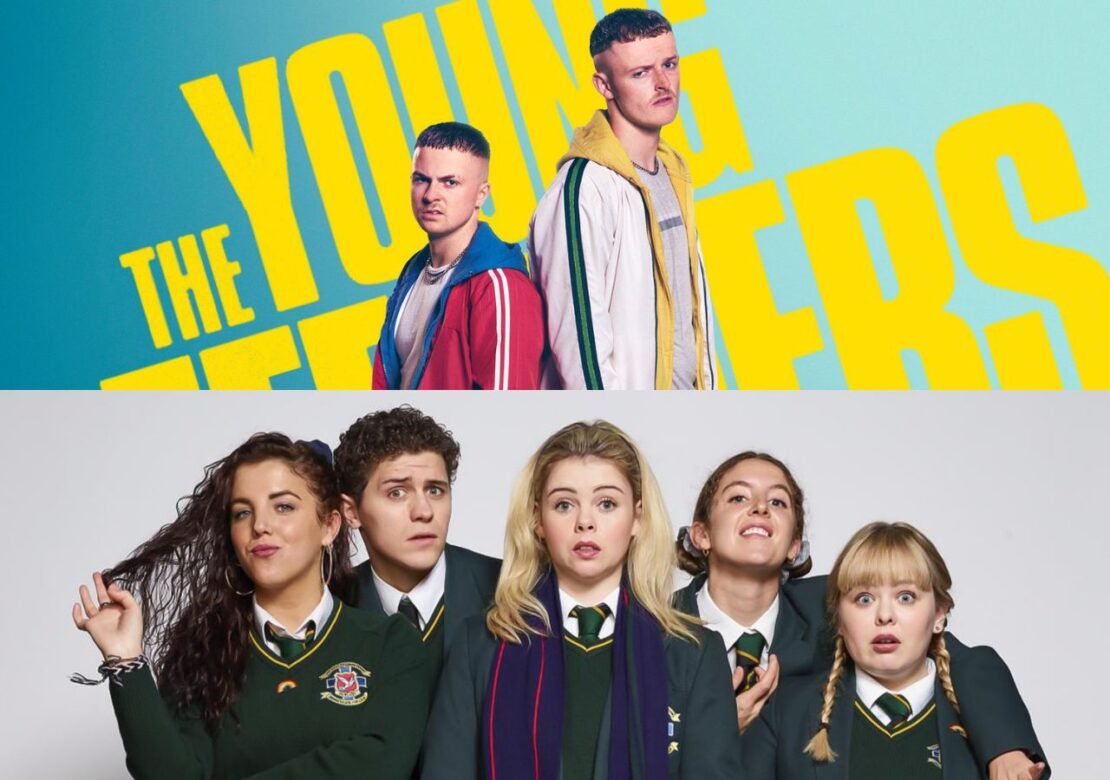 The Young Offenders is one of the most heartwarming and brilliant comedy series that you will have the opportunity to see, and if you are a fan of the Channel 4 series Derry Girls, this Irish series could be your new favorite half-hour. The Young Offenders follows two stupid but lovable boneheads Jock (Chris Walley) and Connor (Alex Murphy) as they try to live their lives in a rundown neighborhood with Connor’s understanding yet tough mother.

The guys attend school even though it’s not of much use to them as they are not very good at their studies, but the most interesting character in the series comes from there and that is the principal of the school Barry Walsh (P.J. Gallagher). Gallagher’s character is consistently a thorn in both Connor and Jock’s side as from the beginning of the series we see both boys trying to hit on both of the principal’s daughters and the series takes unexpected twists and turns to make sure that these characters are together so that their chemistry can make a brilliantly funny series more hilarious.

While both Connor and Jock are students they are also strapped for cash so they sometimes steal cycles and other stuff for fun or sometimes just to piss off Sergeant Healy (Dominic MacHale), who is consistently after them for stealing and general disturbances in the community. Healy also likes Connor’s mother so that dynamic almost always seems a bit dangerous at any given time but also it gives the boys a fighting chance that even if he catches them, he probably will let them go. Healy’s character is as persistent as he is annoying but also he is one of the most pathetic characters and in the context of the series, it is the funniest thing ever.

When it comes to Connor’s mother Mairead (Hilary Rose), she is one of the best mothers anyone could ever get. While she is dealt a bad hand with her getting pregnant in her teenage years and then her husband’s sudden death. She does everything she can to give a good childhood to Connor and when it comes to Jock, she basically rescues him from his abusive father. Mairead is not always right and makes some mistakes as a parent but her heart is always in the right place and she never gives up on the boys.

The series also has a pretty wacky character named Billy Murphy (Shane Casey), who is either an idiot, an a**hole, or a sociopath, but whatever he is Billy is sometimes one of the most sympathetic and lovable characters in the series. Billy consistently mugs Connor and is violent towards him but also he is easily fooled by the boys. As a running gag, Jock has a skin mask of Billy which he uses while stealing cycles so that Billy gets into trouble with the police instead of him but after some time people just know that he is not Billy, so the name “Fake Billy.”

The series also stars Jennifer Barry and Demi Isaac Oviawe as Siobhan and Linda Walsh. The principal’s daughters are also the love interests of the boys, both of the actresses are cast perfectly and while their characters need some more screentime, the time that is given to the Walsh sisters they are in all fairness the perfect match for the boys. Siobhan is outgoing, blunt, and demanding, and on the other side, Linda is understanding and decisive.

I won’t be explaining the boys but understanding that their chemistry is what holds the series together and if you like Derry Girls and what the creators tried to do in that series. The Young Offenders deserve to be as big as Derry Girls and anyone who likes Channel 4 series, it’s a guarantee that they will also like The Young Offenders. Also, The Young Offenders ran for three seasons but before that, there is also a movie of the same name starring almost all of the same cast and you should definitely watch that because it’s a brilliantly hilarious start to what you might call your favorite series.