Netflix’s mega-hit fantasy series The Witcher has renewed for its third season some time ago and now the showrunner of the series Lauren S. Hissirch has come out and said that Season 3 will be the biggest season yet and the groundwork for the third season will be laid in Season 2 which is premiering on Netflix tomorrow. The Witcher Season 2 will pick up the story right where the first season left off in the finale, Geralt has finally met Ciri and they are headed to Geralt’s home Kaer Morhen in order to train Ciri to fight off the dangers that are definitely coming their way. Yennefer seems to be captured after the bloody Battle of Sodden Hill, and now she must hatch a plan to escape.

The Witcher series is based on Andrzej Sapkowski‘s novels of the same name and it has been a huge success for the streaming giant. Season 2 is coming out tomorrow and ahead of its release the showrunner Hissirch sat down to speak with Tech Radar and teased their plans for Season 3. Read what Hissirch said below:

“This is our last week [December 3] in the writers’ room. We’re almost done with the scripting phase, and it’s amazing. I’m really thrilled with how the season is shaping up because it’s based on my favorite book in the saga, which is The Time of Contempt. I feel like seasons 1 and 2 have been laying the playing field for everything huge that’s about to happen. But the creative process is now really just starting. We have the scripts, and now we’ll bring directors on, the actors back in, and really start delving in deeper and reflecting back and making sure that it’s the perfect season.”

Hissirch statement that Season 3 will be the biggest one yet, could mean exciting things for the series’ future. Notably, she said that this chapter will be heavily based on The Time of Contempt, which is the second novel in The Witcher book franchise. The Time of Contempt has many key plot points that the Netflix series had already started working on in Season 1, like Ciri’s magical powers which were teased heavily in the promotional material of Season 2. In the book, Yennefer takes Ciri to the Aretuza school of magic, where Ciri lets out her rebelliousness which leads to the reunion of Yennefer and Geralt.

The Witcher Season 2 stars Henry Cavill as Geralt of Rivia aka The Witcher, Anya Chalotra as Yennefer, Joey Batey as Dandelion, Freya Allan as Ciri, MyAnha Buring as Tissaia, Kim Bodnia as Vesemir, Mimi Ndiweni as Fringilla Vigo, and Eamon Farren as Cahir. Season 2 will be premiering on Netflix on December 17. 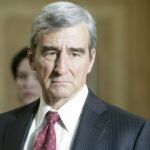 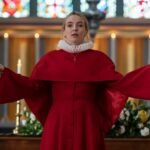