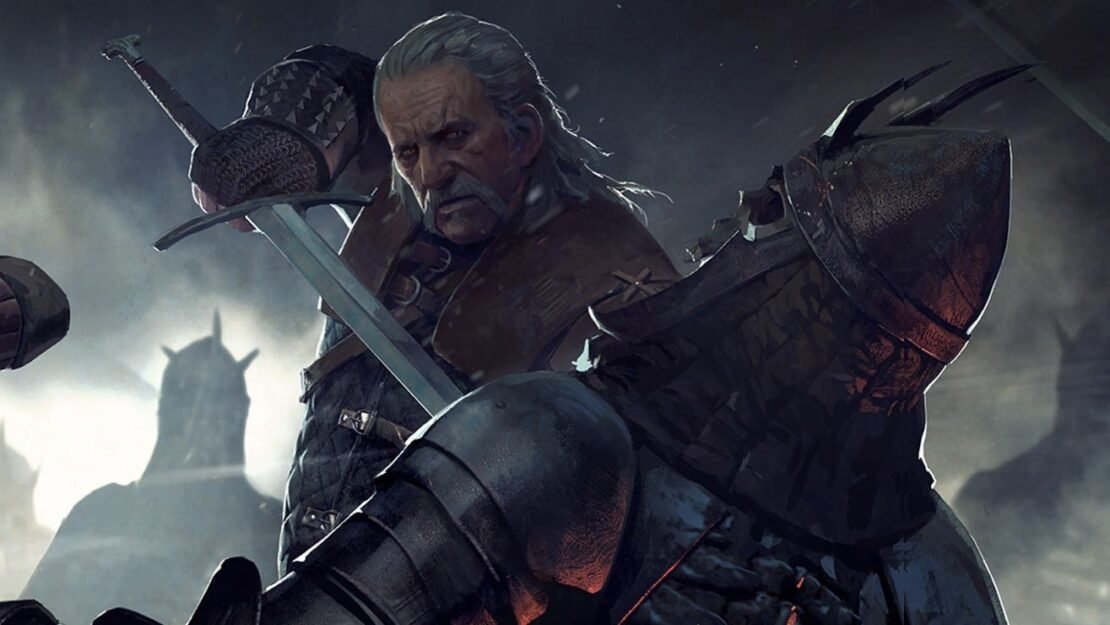 The Witcher Nightmare of the Wolf is Netflix’s new entry and deep dive into The Witcher’s world.

Henry Cavill‘s The Witcher has quickly become one of the most popular series on Netflix, and earlier this year a Redanian Intelligence report revealed that Netflix is developing an anime film called The Continent” which will exist in The Witcher world.

The Witcher Nightmare Of The Wolf – Story?

The Witcher was made a household name by the CD Projekt Red’s Video game trilogy, but the series is mainly based on the eight-book saga written by Polish author Andrzej Sapkowski. Even though there is a lot to pick from the material in Sapkowski’s books including short stories, Netflix will not adapt anything from the books and will show an entirely new story featuring a very beloved character Vesemir, who will be introduced in the second season of The Witcher. Vesemir is an old Witcher and a father figure to Geralt, but the story will take place long before Geralt’s birth.

Netflix describes the film as follows, “Long before mentoring Geralt, Vesemir begins his own journey as a witcher after the mysterious Deglan claims him through the Law of Surprise.” According to writer Beau DeMayo, the story will exist within the show’s canon, and it’s likely to tie into Vesemir’s live-action appearance in season two. It’s also possible that we’ll see a cameo appearance by Geralt, perhaps towards the end of the story.“

The Witcher Nightmare of the Wolf – Voice Cast?

Not long ago Netflix announced that Killing Eve actor Kim Bodnia joined the cast of The Witcher Season 2 as Vesemir. Bodnia started filming alongside Cavill (Geralt), and the rest of the crew before the production was shut down because of the COVID-19 pandemic. Seeing as Vesemir is the main character in the upcoming anime film, there is a possibility that he will also give his voice in The Witcher Nightmare of the Wolf.

That being said, there is another actor who can voice Vesemir in the film, and that is Theo James, who voiced Young Vesemir in the first season during a flashback scene. Theo James has worked on other animated projects for Netflix like Castlevania, and The Dark Crystal: Age of Resistance. Given that the rumors of the film began circulating before The Witcher Season 1 aired, it is possible that Theo James may already be signed as Vesemir in The Witcher Nightmare of the Wolf.

The Witcher Nightmare of the Wolf – Release Date?

Nightmare of the Wolf was announced in 2020 weeks after The Witcher became a breakout hit series, and The creators and Netflix are hoping to release the film between The first and second season of The Witcher, but COVID-19 happened and there is no certainty yet to in which month the film will come out in 2021, but it has been announced that it will come out this year.

Beau DeMayo on The Witcher Nightmare of the Wolf

In an interview with Comicbook.com writer Beau DeMayo was asked about the decision of making Nightmare of the Wolf an anime, and she replied,

“The Witcher world] is a massive canvas, and I actually started out my career working as an assistant and executive at Disney in animation, and it was there where I first got my job in the industry,” DeMayo explained. So I was aware when Lauren came and asked me to write [the film] what we could do in animation that you cannot do in live-action.“

“There is not necessarily always parity between those two mediums. There are things that you can animate in an animated form that will look so amazing, so badass, that if you did it in live-action, it’s just going to look goofy or it’s just going to register as a little false to the human eye.“

The Witcher Nightmare of the Wolf – Genre?

In another article by Comicbook.com DeMayo was asked about the action sequences of the film and which genre will best explain the film.

“Some of that stuff, like I said, was really baked in my DNA. The Sailor Moon of it all, Dragon Ball Z, big-spectacle action that… Like a Dragon Ball Z-type action scene looks goofy in live action. But it looks badass in the animation. When you’re approaching an action scene in anime, it was just like, what is something that we could only animate that we couldn’t do in the live-action show, so that it feels of its own world and it feels earned?

I think, with the live-action but also with the anime, [it] was just so important that it not just be an action-fest, that there be a story there. That there be emotion there that’s really sincere. A lot of people underrate animation, especially anime sometimes, for being able to deliver emotion, really poignant emotion.“

The Witcher Nightmare of the Wolf – Creative Team and Studio?

The script is written by Beau DeMayo, who wrote the third episode of the first season of The Witcher, and he also wrote the second episode of the upcoming The Witcher Season 2. DeMayo has also joined the writer’s room of the Disney+ series Moon Knight which will exist in the Marvel Cinematic Universe. Lauren S. Hissrich, the showrunner of The Witcher is also involved in the project, although her role in the film is still unknown.