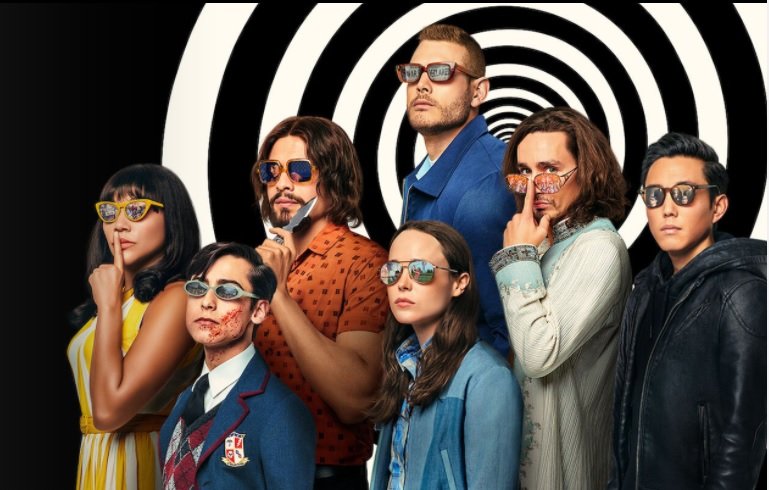 Netflix has revealed a new video this morning on the occasion of The Umbrella Academy‘s birthday, the video confirms that the upcoming season will take place at the Hotel Oblivion, and it will premiere on Netflix in 2022.

To hear the announcement yourself go to The Umbrella Academy’s Netflix page and look for the video in the “Trailers and More” section. Hotel Oblivion was the name of the third volume in the graphic novel series by Gerard Way, it was named a place where “no one could escape.” There is not much known about the third season yet, but we do know that the first episode of the third season will be entitled “Meet the Family” and it will be written by Steve Blackman and Michelle Lovretta. The Titles for the other nine episodes are: “The World’s Biggest Ball of Twine,” “Pocket Full of Lightning,” “Kugelblitz,” “Kindest Cut,” “Marigold,” “Auf Wiedersehen,” “Wedding at the End of the World,” “Six Bells,” and Oblivion.”

Tom Hopper who plays Luther a.k.a. Spaceboy in the series said this in an interview with Collider:

“I think it’s a great setup for Season 3. I thought that the show really found a groove. I think what was so great about Season 2 is that we’d set up the world in Season 1, and I really feel that Season 1 was almost like a setup for the rest of the show. You’re not trying to figure out what this world is anymore, you know who these characters are, you know where they’re at in their lives. And, then we can really get things going. And I think towards the end of Season 2, you really start to just see what the show is, and it’s a great setup for what’s going to happen in [Season] 3.”

The Umbrella Academy Season 3 will see the return of star Elliot Page, David Castañeda, Emmy Raver-Lampman, Robert Sheehan, Ritu Arya, and Aidan Gallagher. The series is developed for Netflix by Blackman, who serves as the showrunner on the series. The Umbrella Academy Season 3 will premiere on Netflix in 2022 and you can check out the special video by going to Netflix.com/UmbrellaAcademy under “Trailers and More.”