Cinemablind
Home Reviews The Trial of the Chicago 7 – Review!! (The Whole World is... 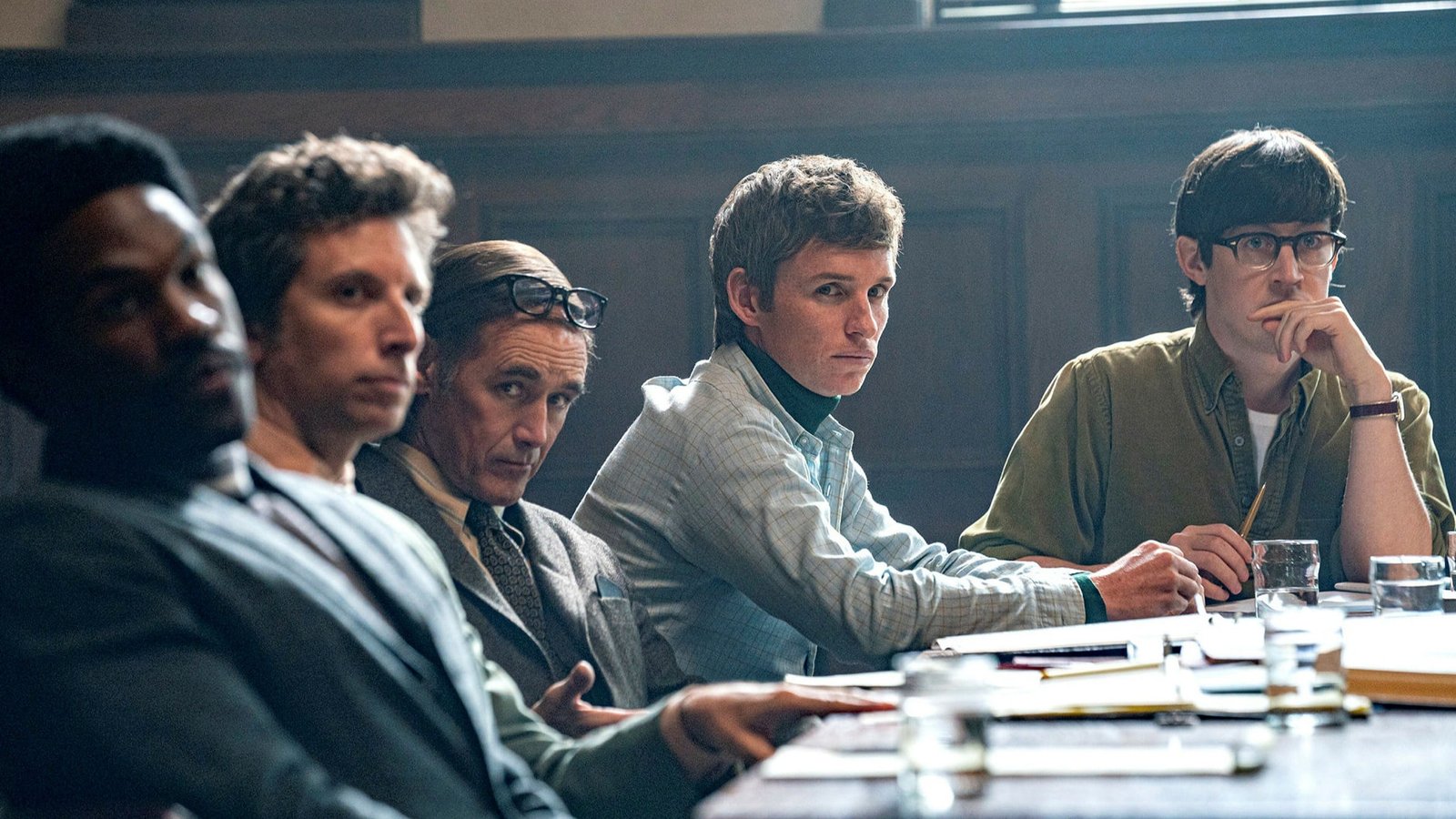 The Trial of the Chicago 7 – Plot?

The Trial of the Chicago 7 follows the criminal trial against the Chicago 7 and it is based on the infamous trial of 1969 where 7 defendants were charged by the federal government with conspiracy to incite a riot and more. The seven defendants were Tom Hayden, Abbie Hoffman, Jerry Rubin, David Dellinger, Rennie Davis, Lee Weiner, John Froines, and Bobby Seale (He isn’t in the Chicago 7) who went to Chicago at the Democratic National Convention to protest the Vietnam War peacefully but things didn’t go as they had hoped.

The Trial of the Chicago 7 – Review?

The Trial of the Chicago 7 is the best movie of 2020 and in a true sense a genius film. The relevance of the film to the present time is not subtle, if you have followed the protests like Black Lives Matter and stood against police brutality this movie hits you hard. The Trial of the Chicago 7 is written and directed by Aaron Sorkin who has done an outstanding job in both areas (more in writing than directing). This movie has everything you would expect from an Aaron Sorkin film, with its fast paced and snappy dialogue to getting under your skin with its characters mindset.

The Trial of the Chicago 7 has the most wonderful cast and all of them have done an outstanding job in playing their parts. But Eddie Redmayne stood out as Tom Hayden who is arguably the lead of the movie with his excellent acting chops and his character is one of the most fascinating one in the sea of great characters. Sacha Baron Cohen and Jeremy Strong lend some comic relief to movie and they are also great, Sacha Baron Cohen is one of the most under appreciated actor working in Hollywood right now even though he has proven his worth in many great pieces of cinema like Netflix’s The Spy or the best comedy movie ever Borat, Jeremy Strong is also great and you almost won’t believe he is Kendall Roy from HBO’s Succession. Frank Langella‘s Character as Judge Julius Hoffman is the most despicable one in the whole movie and we almost instantly hate him, because Frank Langella has put forth an wonderful performance alongside with Mark Rylance who plays William Kunstler the lawyer of the Chicago 7 with Ben Shenkman as Leonard Weinglass. We have a wonderful cameo from Michael Keaton and it would take at least ten thousand words to appreciate the whole cast’s great acting but I would like to name Yahya Abdul-Mateen II who also stood out as Bobby Seale (The Leader of the Black Panther Party), Joseph Gordon-Levitt as the Prosecutor Richard Schultz, Alex Sharp as Rennie Davis, and John Carroll Lynch as David Dellinger.

“If our blood is gonna flow, let it flow all over the city.”

What do you think?

If you have watched The Trial of the Chicago 7, tell us what do you think about the movie and if you haven’t watched it go to Netflix right now and watch it before eating your cereal.

If you want to read more of our reviews CLICK HERE

Netflix’s The Devil All The Time – Review!! (No Spoilers)