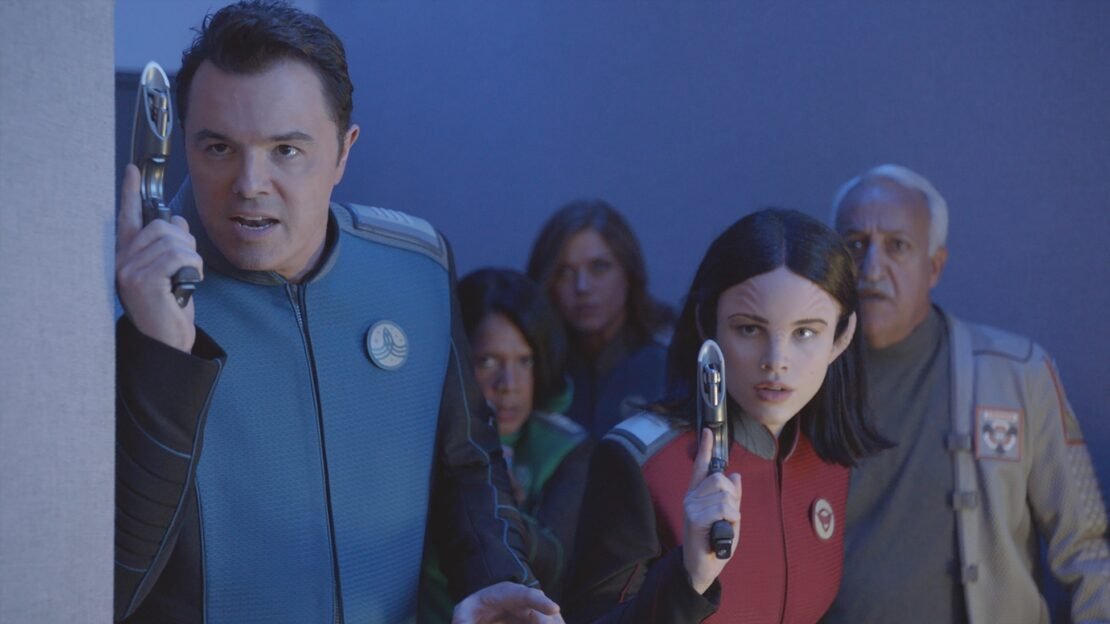 We have great news for the fans of Seth MacFarlane‘s sci-fi comedy series The Orville, which is returning for its third season after a two-year hiatus. The Orville began with somewhat of a bumpy start but in later weeks it proved its worth and made the audience love it, even more, most die-hard fans of Star Trek, which this show feels like a tribute for.

Seth MacFarlane, the creator, star, and executive producer of the series took to Twitter to announce that they wrapped up filming The Orville Season 3, and he also thanked the cast and crew for their hard work, which was extra hard due to COVID restrictions.

During an interview with Deadline, MacFarlane expressed his wishes to continue the series beyond its third season by saying, “this is not the last time we all go to space”. The Orville has had a good audience and isn’t in any immediate danger but the series was moved to Hulu for its third season which made wonder if the series is at risk of cancellation and those worries were somewhat put to rest by Jordan Helman, the head of scripted originals at Hulu who said he hasn’t ruled out the possibility of a fourth season yet.

“[The] future of the show remains an open conversation and there have been no conversations otherwise […] I believe the fans of the show that are coming to us from Fox will be deeply excited and satiated. I also think for new fans that maybe didn’t experience it, it will feel new to them.”

The Orville tells the story of the crew of the USS Orville, an exploratory vessel that travels across planets in the 25 century and the commander of the ship is Ed Mercer (MacFarlane). The series has an impressive cast which includes MacFarlane, Penny Johnson Jerald, Adrianne Palicki, Scott Grimes, Peter Macon, J. Lee, Mark Jackson, and Jessica Szohr.

Check out Macfarlane’s announcement below: