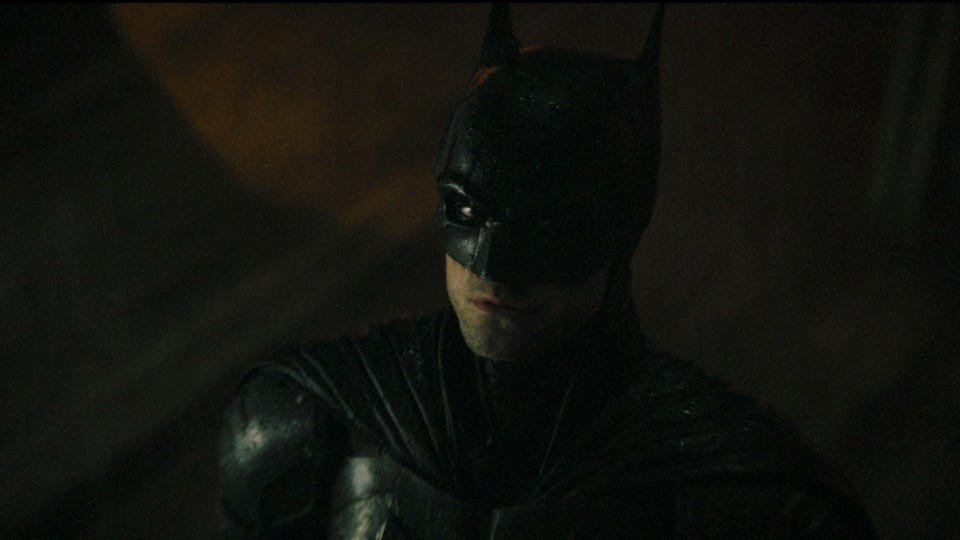 DC has finally given us a new look at the upcoming Matt Reeves‘ The Batman, and the new look promises a dark and moody film with Robert Pattinson in the Dark Knight’s suit for the first time. The trailer was revealed during this year’s DC FanDome event, which has revealed the news, announcements, and trailers for many of the upcoming DC movies and TV shows.

The trailer starts with its focus on Paul Dano‘s Riddler being arrested by the police – the Riddler will be the main antagonist and the biggest Batman villain in the upcoming film. But as it turns out even after being arrested the Riddler is making mayhem into the city of Gotham. The trailer also introduces us to Zoë Kravitz‘s Selina Kyle aka Catwoman, who is seen wearing various disguises while she is doing her job aka car burgling.

The trailer also features Colin Farrell‘s Penguin, who seems to be a chaotic guy in the film a direct opposite to the Riddler who is much more methodic in his approach to crime. We also get introduced to Andy Serkis‘ Alfred Pennyworth – the loyal and caring butler to Bruce Wayne, Pennyworth is more ripped and less old in the new Batman, with a very menacing scar on his face.

The Batman is directed by Matt Reeves, who also co-wrote the script with Peter Craig. The Batman is all set to fill theaters on March 4, 2022. Check out the new trailer below: