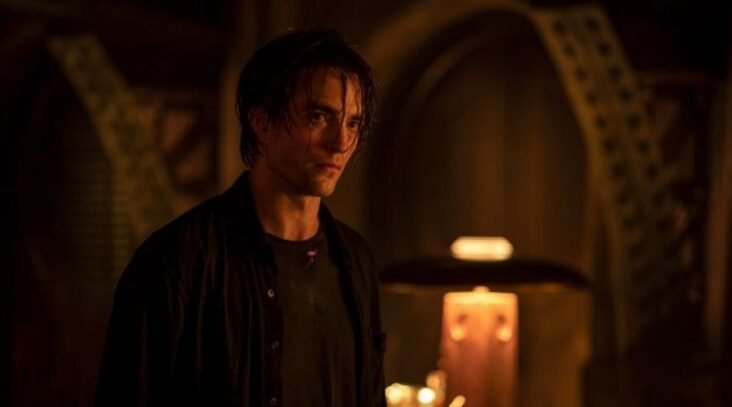 Empire Magazine has just shared two new images from the upcoming Matt Reeves directed film The Batman. The new images give us a new look at Robert Pattinson’s Batman, both masked and unmasked. The Batman is setting out to tell a totally different story of Batman, than any of the Batman films have ever told. The upcoming film will not be a part of the DCEU in which Ben Affleck played the role of the caped crusader, who will be appearing as the Batman alongside Michael Keaton‘s Batman in the upcoming 2022 film The Flash.

Empire dropped two new exclusive images of the Dark Knight, showing the caped crusader totally drenched, in one image he is wearing his iconic black suit and the other one shows him wearing a shirt over a t-shirt but in this image, he is wet too. Both images seem like a part of a single scene that was shot in a small and closed structure, which could mean that Pattinson’s Batman is standing in his Batcave.

The Batman is a gritty take on the Dark Knight from Planet of the Apes writer/director Reeves, who took over the project after Affleck’s departure from the DC Universe. Reeves is bringing back Batman to his early days of crime-fighting where he fought no aliens just human criminals, the film is drawing its inspiration from 2000’s Batman: Ego and 1987’s “Year Two” story arc to explore Batman’s detective skills for which he is world-famous for.

The Batman is directed by Reeves, who also co-wrote the script with Peter Craig. The Batman is all set to fill theaters on March 4, 2022.