Sydney Sweeney is an up-and-coming young actor who has taken the world by storm because of her brilliant talent. The American actress has been acting from a young age and she has been around the industry for a long time. She has been doing small roles in many big movies but she got her big break because of shows like Everything Sucks! and Sharp Objects, but her stardom reached a new level after her HBO series Euphoria came out.

Sweeney has also enjoyed a healthy film career and has her own production company, Fifty-Fifty Films, which is producing her upcoming film which is an adaptation of The Registration and she is also in the upcoming Sony Marvel film Madame Web. So, if you are also a fan of Sweeney and want to all of her best performances here are the 10 best films and shows she has done and we will be ranking them based on the film or show’s quality and her presence in them.

The Voyeurs is a 2021 thriller drama film starring Sydney Sweeney, Justice Smith, Ben Hardy, and Natasha Liu Bordizzo. The Michale Mohan film follows a young Montreal couple Pippa (Sweeney) and Thomas (Smith) as their innocent curiosity about their eccentric neighbors turns into a full-blown obsession, to the point where they spy on them constantly and even include themselves in their lives.

9. Under the Silver Lake

A24’s Under the Silver Lake is a brilliant mystery drama film and it stars Andrew Garfield in the lead role. The 2018 film follows Sam (Garfield) as he tries to investigate the mysterious disappearance of his neighbor Sarah (Riley Keough). The film is directed by David Robert Mitchell and it also stars Topher Grace, Grace Van Patten, and Sydney Sweeney.

Directed by the very famous musician Colson Baker aka Machine Gun Kelly, Downfalls High is a teen drama film based on his album named Tickets to my Downfall. The 45 minutes film follows a lonely teenager played by Chase Hudson who starts a lightning-quick romance with a popular girl in their school named Scarlett (Sydney Sweeney). Kelly also served as the narrator of the film and Downfalls High has garnered both critical and audience acclaim since its release.

Hulu’s Big Time Adolescence is a great coming-of-age comedy-drama starring Peter Davidson, Griffin Gluck, and Sydney Sweeney. The film follows Mo (Gluck) and Zeke, a confused teenager (Davidson), a college dropout, and Mo’s sister’s ex-boyfriend who has a very negative influence on Mo, but they also have a very strong bond. Sweeney plays the role of Holly, Zeke’s girlfriend who also makes a very strong bond with Mo.

6. Once Upon A Time In Hollywood

Quentin Tarantino’s Once Upon a Time in Hollywood is clearly his love letter to 1969 Hollywood and what a brilliant love letter it is. The film is stacked with one after one A-listers like Leonardo DiCaprio, Brad Pitt, and Margot Robbie. But the film also stars some of the best up-and-coming actors of the time in small roles such as Austin Butler, Sydney Sweeney, Damon Herriman, Victoria Pedretti, and Maya Hawke.

Once Upon a Time in Hollywood follows an actor named Rick Dalton (DiCaprio) and his stunt man Cliff Booth (Pitt) as they go through the highs and lows of working in the industry at the time and the story of the film beautifully and violently intertwines with the story of the real actress Sharon Stone and the Mansion family.

While Sweeney had been in the industry for some time now, her breakout role was in Everything Sucks! as Emaline Addario. The Netflix series was a brilliantly funny series that served as a parody of the teen culture throughout the ’90s. The series is set in a town name Boring, Oregon and it follows the A/V Club and the Drama Club students at Boring High School. The students of both clubs are seen as misfits and are largely disconnected from the rest of the students regarding their interests and social circles. While the series was well recieved by the critics and the audience the series was canceled just after one season.

Also Read: Best Shows Like ‘The Handmaid’s Tale’ To Watch While Waiting For Season 5

HBO’s The White Lotus concluded its first season in 2021, but the great news for fans is that it’s not a limited series anymore because it has been renewed for a second season and turned into an anthology series. One of the main focuses of Mike White‘s HBO series The White Lotus was the portrayal of the people who work in the service industry, and how they have to tolerate anger and insults from the customers as well as the owners. The White Lotus Season 2 is coming soon on HBO and its title is The White Lotus: Blossom Circle.

Sharp Objects is an HBO limited series with brilliantly written flawed and messy characters. Camille Preaker is the lead character in the series and she is played by the genius actor Amy Adams. Sharp Objects is based on a novel of the same name by the “Gone Girl” famed author Gillian Flynn. The HBO series follows Camille Preaker, a crime reporter struggling with alcoholism as she returns to her hometown to investigate the murder of two young girls. Camille stays with her critical socialite mother, Adora played by Patricia Clarkson. As the story progresses Camille is forced to face her own past and demons. Almost every critic alive praised Sharp Objects writing for its brilliant story and characters.

HBO’s Euphoria has been hailed as the ultimate teen series, and rightly so with its perfect fairytale looks and deep and gritty storylines. The series somehow captures the magic and anxiety of being a teenager and with brilliant performances by Zendaya, Sydney Sweeney, Hunter Schafer, and basically everyone in the cast of the series, so it was sure to be a hit. Euphoria debuted in 2019 with its first season and since then it has taken the world by storm by garnering millions of fans. Recently the series concluded its second season and has been renewed for its third season. 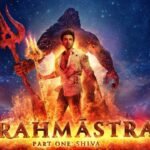 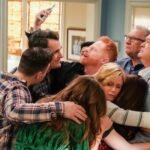