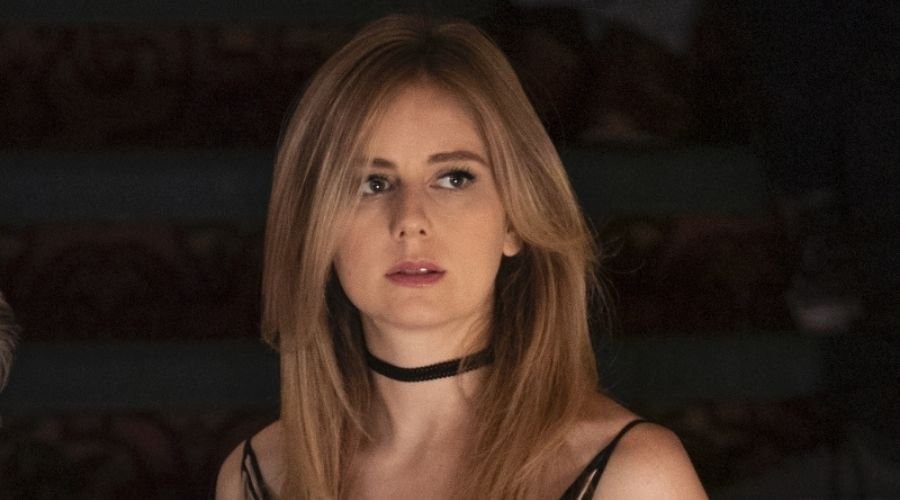 HBO’s no. 1 series Succession star Justine Lupe has just revealed that her role of Willa was only supposed to stick around in the series for three episodes. Succession recently concluded its third season with its finale episode titled “All the Bells Say“, which was in one a very brilliant experience for anyone who watched and a whole lot of people watched. Season 3 ended with a big bang and eyes full of tears, and now it seems that in Season 4, Logan Roy (Brian Cox) will have to face off against his three united and royally pissed children including Kendall (Jeremy Strong), Shiv (Sarah Snook), and Roman (Kieran Culkin).

Lupe plays the role of Willa Ferreyra, who has been Connor Roy (Alan Ruck)’s girlfriend from the very start, and now in Season 3, they have made their engagement official after some rocky scenes in their relationship. Willa agreed to Connor’s proposal with a kind of ‘Why not?’ attitude and as the camera stays on her face it clearly shows that she is immediately regretting her decision, but for now, Connor and Willa are on their way to get married in probably Season 4. But in the start that wasn’t the case, because Willa and Connor’s relationship wasn’t supposed to last this long.

During an interview with Insider, Lupe revealed that her character wasn’t supposed to stick around this long, originally Willa and Connor were supposed to break up in Succession Season 1 Episode 7 titled “Austerlitz.” Lupe added that she even auditioned for the role with the break-up scene, but as the show went on the writer kept changing the script, and Willa was kept around longer than planned. Read the full quote by Lupe below:

“I was auditioning with the breakup between Connor and Willa that was supposed to be in Santa Fe. There was one — the Santa Fe script in particular — where they kept on doing rewrites over and over, and Willa kept on sticking around just a little bit longer. I was like, ‘Wait, am I not going to get thrown out? This is awesome.’”

Any relationships in Succession is not safe as it was shown quite literally in the Season 3 finale episode, and it is easy to see how Connor and Willa are not the perfect partners for each other as the writer have clearly shown us that Connor is not exactly at peace with Willa’s past work life and as far as Willa goes, she doesn’t really love Connor, she just likes the arrangement that they have.

Succession has been renewed for its fourth season at HBO.