HBO’s Succession is no doubt the most exciting series on Television right now, and almost all of the characters in the series run after what they want, and they do and say anything to get it, but one character name Connor Roy (the oldest Roy sibling) has been quiet from the start of the series and now Alan Ruck who plays the role of Connor has said that this season Connor will start standing up for himself, instead of keep being pushed aside to the sidelines.

Note: There are spoilers below

After the Season 2 finale, where Kendall throws Logan under the bus in the case of the cruise, the whole family goes into disarray and despite that Connor is pressing on for his dream to become the President of the United States (which is still being laughed at by the whole family and maybe the whole world), and now he wants to be in the family business for some time to help his campaign. Connor is always overlooked by all of his family because of his lack of direction and perceived absence of ambition, but it seems now that it’s all going to change.

In an interview with Collider, Ruck addressed his character and said that fans could expect to see Connor start standing up for himself in Season 3. Check out the full statement by Ruck:

“I was worried for a while that he was just gonna be the family punching bag. He’s starting to stand up for himself a bit more and you can expect more of that, as time goes on. That was a concern of mine for a while, but then they started to address that, which I think was their plan all along. They just needed me to be patient, which I am no good at.” “I think it’s become clear in this family that the only way you get people to pay attention to you is if you have something that’s financially valuable, or you have something that’s damaging and they don’t want anybody to know. You have to play dirty and you have to play for keeps. Connor is finally begrudgingly taking that to heart and he’s started to play ball on the family’s terms.” 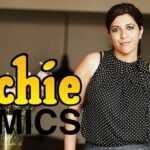 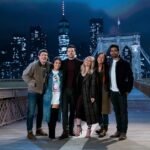