The G.I. Joe origin film Snake Eyes is heading to digital and VOD release this week before coming 4K, Blu-Ray, and DVD in October.

If you weren’t able to see Snake Eyes: G.I. Joe Origins in theaters and you really want to see it, we have good news for you because the action film is heading to Paramount Home Entertainment and will be available for Premium Digital and Premium VOD on August 17.

Snake Eyes will also get a 4K Ultra HD, Blu-ray, and DVD release on October 19, which was announced by Paramount, the home entertainment will also have bonus material as Paramount is releasing a short film about Snake Eyes’ legendary sword, Morning Light. Paramount will also release an entire collection of G.I. Joe movies on 4K Ultra HD, Blu-ray, or Digital and with that, the buyer will get a collectible SteelBook combo that features G.I. Joe: The Rise of Cobra, G.I. Joe: Retaliation, and Snake Eyes: G.I. Joe Origins.

The bonus material included in the Paramount home entertainment also includes special features that delve into the world of Snake Eyes and the mysterious Arashikage clan and behind-the-scenes footage that explains how the creators brought Snake Eyes to life on the screen. The full list of bonus material is listed below:

Both 4K Ultra HD include the following bonus material:

The Blu-ray version is presented in 1080p HD with Dolby Atmos. The Blu-ray includes a Digital Copy of the film and all of the bonus material listed above.

The DVD includes a copy of the film in standard definition.

Snake Eyes: G.I. Joe Origins stars Henry Golding as Snake Eyes, a tenacious loner who is welcomed into an ancient Japanese clan called the Arashikage after saving the life of their heir apparent. Upon arrival in Japan, the Arashikage teach Snake Eyes the ways of the ninja warrior while also providing something he’s been longing for: a home. But, when secrets from his past are revealed, Snake Eyes’ honor and allegiance will be tested – even if that means losing the trust of those closest to him. Based on the iconic G.I. Joe character, Snake Eyes: G.I. Joe Origins also stars Andrew Koji as Storm Shadow, Úrsula Corberó as Baroness, Samara Weaving as Scarlett, Haruka Abe as Akiko, Tahehiro Hira as Kenta and Iko Uwais as Hard Master. 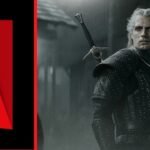 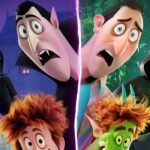