Riverdale will see the return of Kiernan Shipka‘s beloved character of Sabrina Spellman in the upcoming episode, and to celebrate that The CW has revealed a few images showing some interaction with Sabrina and Madeline Petsch‘s Cheryl Blossom, with whom Sabrina has a preexisting friendship.

The upcoming episode will mark the 99th episode in the series and it is titled “Chapter Ninety-Nine: The Witching Hour(s)”, and it is said to be following the storyline about Blossom’s Curse which has been in past seasons by the characters. The upcoming episode will probably see our regular cast playing the role of their ancestors, but how Sabrina fits into the story is yet to be seen.

While talking about her return to Riverdale with Comicbook.com Shipka said that “It was really interesting for me slipping back into her shoes because I hadn’t been her in two years.” She added that “I was surprised at just how quickly she just took over again. It was like riding a bike and you never know about that kind of thing. I’d never played someone and then not, and then gone back and did it again. So that was a new thing for me. I didn’t know how that was going to work, and I was just like, ‘Oh, this fits like a glove.’ And it was very fun.”

This season is proving to be crazier and crazier as it goes on as Season 6 has still only aired three episodes and we have a brutal death of one of the most important characters in the series, So only time will tell on what’s around the next corner in the crazy ride of Riverdale. Check out the images below: 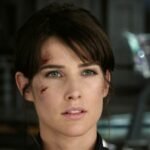 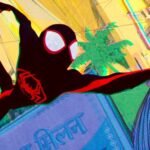