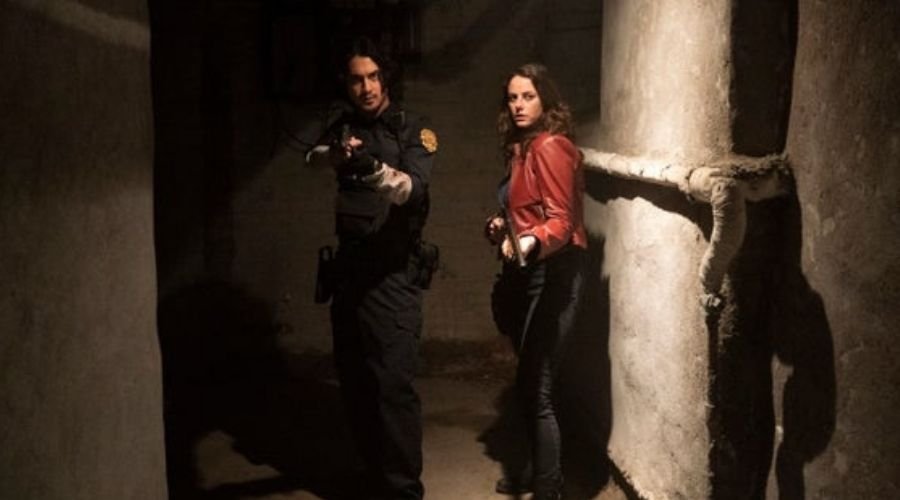 The first look images of the cast of the upcoming film Resident Evil: Welcome to Raccoon City have been revealed exclusively by IGN. The film is described by Screen Gems as not a reboot or remake of the feature film franchise but rather as the origin story of the original Capcom games. IGN has provided three first-look images of our new big-screen versions of Claire and Chris Redfield, Jill Valentine, Leon S. Kennedy, Albert Wesker, and more characters that gamers might recognize.

The upcoming film is written and directed by Johannes Roberts (The Strangers: Prey at Night, 47 Meters Down), and it is based on the first Resident Evil games. The movie will cover the story of how the city of industry known as Raccoon City became a dying town that’s become ground zero for the t-Virus outbreak.

In the exclusive interview with IGN, the director Roberts said this on the differences between Milla Jovovich‘s Resident Evil films and his film, he also said that his filmography will not draw only from the Capcom games but from old school genre filmmaking also. Check out the full statement:

“This movie really had nothing to do with the previous franchise. This was all about returning to the games and creating a movie that was much more a horror movie than the sort of sci-fi action of the previous films. I was hugely influenced in particular by the remake of the second game and I really wanted to capture the atmosphere-drenched tone that it had. It was so cinematic. The previous movies were very bright and shiny whereas this movie was dark and grimy, entirely shot at night. It’s constantly raining and the town is shrouded in mist. … I was hugely influenced by movies like The Exorcist (and Exorcist 3!), Don’t Look Now, and The Shining. You can really feel the texture in this movie. Nothing in this town feels hi-tech. It feels dilapidated. I wanted Raccoon City to feel a bit like the town in Deer Hunter; a ghost town forgotten by the rest of the world. And the whole structure of the film was definitely very influenced by Assault on Precinct 13.”

The first image from the first image shows Kaya Scodelario as Claire Redfield and Avan Jogia as Leon S. Kennedy. In the image, Leon is wearing his police uniform, which was his at the time of the Raccoon City Destruction Incident.

The second image from the film features Tom Hopper as Albert Wesker, Chad Rook as Richard Aiken, Hannah John-Kamen as Jill Valentine, and Robbie Amell as Chris Redfield. In the image they are in the Spencer Mansion, which in the interview Roberts describes as being “creepy as f*ck” in his film.

The final image from the film shows Marina Mazepa as Lisa Trevor. In the Resident Evil games, Lisa is the teenage daughter of the architect of the Spencer Mansion, who went missing. Umbrella scientists working out of the Arklay Laboratory experimented on Lisa for years, including exposing her to multiple viruses.

Resident Evil: Welcome to Raccoon City will hit theater on November 24, 2021, in the USA, December 3 in the UK, and November 25 in Australia.