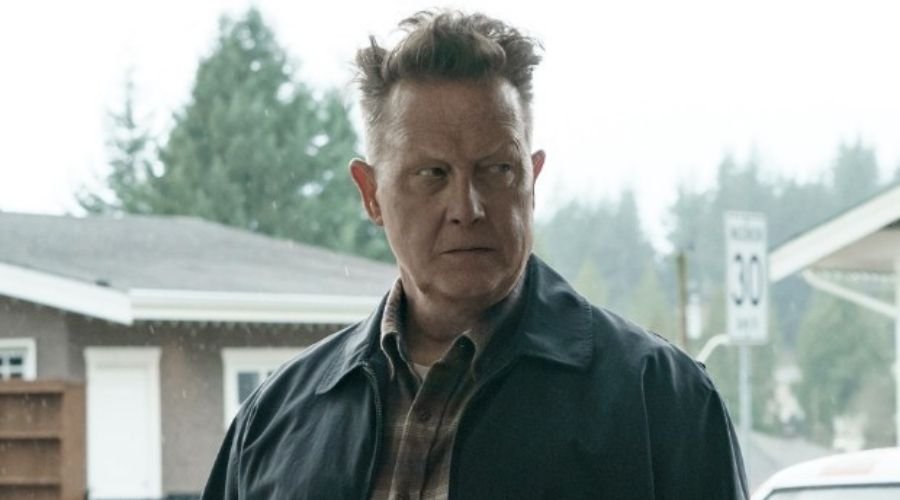 Guardian of the Galaxy franchise director James Gunn‘s latest DC series Peacemaker tells the story of the title character played by John Cena. The story of the series is in continuation of Gunn’s 2021 film The Suicide Squad in which Peacemaker was brought to a hospital after getting shot by Bloodsport (Idris Elba) to take on a mission given to him by Amanda Waller (Viola Davis) and her associates Emilia Harcourt (Jennifer Holland) and John Economos (Steve Agee). The series also stars Freddie Storm as Adrian Chase aka Vigilante, Danielle Brooks as Leota Adebayo, Chukwudi Iwuji as Clemson Murn, and Robert Patrick as Auggie Smith aka White Dragon, who plays the role of Christopher Smith aka Peacemaker’s father. It’s revealed pretty early on in the series that Auggie is not only a racist and a bigot, but also he is a supervillain straight out of the pages of DC comics.

The series introduces Auggie in the first episode of the series and it is pretty clear that he is the primary role model in Peacemaker’s life, even though Auggie clearly doesn’t love or like his own son. After Peacemaker’s wounds heal in the hospital that got in The Suicide Squad, he leaves the hospital thinking that he is a free man and then he goes to meet with his father, where it’s revealed that Auggie doesn’t even care where he was this whole time, and Peacemaker tries to talk with him he says some racist and awful things to him, but only after when Auggie is caught by police for a crime that Peacemaker committed and taken to prison, that he is revealed as the White Dragon.

The character of White Dragon first appeared in Suicide Squad #4 created by John Ostrander and Luke McDonnell. In the comics, he was a big supervillain fighting against the Suicide Squad, but unlike the series, William Heller was the character name for the White Dragon in the comics. Heller was a Neo-Nazi with connections to Ku Klux Klan and he wore a powerful suit of armor to regulate his ideology of white supremacy. The character in the comics could fly and shoot powerful blasts and he was a big threat to our protagonists. After Heller, some other characters also went by the name of White Dragon but none of them were Auggie Smith, and also none of them had any direct connection to Peacemaker unlike in the HBO Max series. In the comics, Christopher Smith aka Peacemaker’s father was Wolfgang Schmidt, who was a Nazi commander and he had killed himself when involvement in the war became known to the public. Which went on to become the turning point in the life of our ruthless hero (maybe villain).

The relationship between the Peacemaker and his father will eventually become a big storyline in the series, as it is the explanation behind the incredibly flawed ideology of the Peacemaker. Gunn has mixed two different storylines to create a physical antagonist for Peacemaker to fight against in the series (if he wants to become a real hero). The series also revealed that Auggie is the one who created Peacemaker’s helmets and suit and that only means one thing and that is Auggie will eventually wear his own suit, which will surely be menacing and super powerful. Even though the HBO Max series is currently focused on eliminating the people listed in Project Butterfly, it will surely see the Peacemaker fighting against his own father and from what we have seen in the three-episode premiere the White Dragon and his followers are still kicking and looking for a fight.