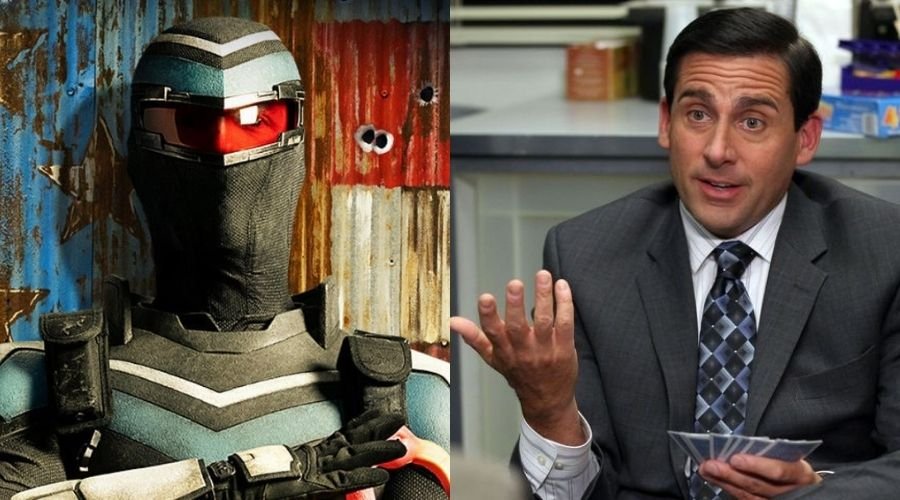 The creator of the DC HBO Max new series Peacemaker, James Gunn makes a comparison between the Peacemaker series character Adrian Chase aka Vigilante (Freddie Stroma) and The Office’s Michael Scott (Steve Carell). Peacemaker is the first spinoff series of Gunn’s amazing 2021 DC film The Suicide Squad and it picks up the story right where the film left it, with John Cena’s Peacemaker in a hospital recuperating from a gunshot wound given to him by Bloodsport (Idris Elba). The post-credit scene of the film teased the series as Amanda Waller’s (Viola Davis) new team of black op agents and Peacemaker saving the world from an imminent threat, which is revealed to be the mystical Project Butterfly. The series also stars Jennifer Holland, Steve Agee, Chukwudi Iwuji, and Robert Patrick.

In the first episode of the series, the audience is introduced to Peacemaker’s sidekick beside Eagly, and that is the sociopathic Vigilante, and while the character is hilarious it’s also apparent that he doesn’t exactly know what he is doing. Originally the character of Vigilante was supposed to be played by Chris Conrad, but Gunn had to recast for the role after five episodes because of creative differences. The character is the exact opposite to Peacemaker in many ways and exactly the same in some ways also like where Peacemaker is calm and stoic, Vigilante is talkative and cheery and they are both the same because they can kill anybody efficiently and not have a problem with it (which is changing in Christopher Smith aka Peacemaker now). The latest episode of the series takes Peacemaker and Vigilante on a journey where they talk about their fathers and in the end Vigilante makes up his mind that he has to kill Peacemaker’s father Auggie Smith (Patrick).

Gunn recently replied to a tweet made by a fan of the series in which wrote that he was worried that Vigilante won’t be able to make it out of prison alive because he seems like he can’t handle himself in a fight but as we all saw in the series he is pretty good at fighting and is able to handle himself in hand-to-hand combat. That’s when Gunn replied to the tweet and compared Vigilante aka Adrian Chase to The Office’s Michael Scott, who is relatively a doofus but when it comes to working he gets stuff done (mostly in later seasons). Check out the tweet by Gunn below:

Michael Scott is a bumbling office manager of Scranton, Pennsylvania, branch of the Dunder Mifflin Paper Company. While he is a well-meaning character there is no doubt that he is also an incompetent employee to his company but in the end, he is always surprisingly effective and gets the job done. How he does it is one of the most magical unknown things we can never know. In The Office, Michael’s biggest character trait is that he needs to be liked by his peers and in Peacemaker, Vigilante’s biggest character trait is his need for validation by Peacemaker. So, Gunn is not wrong to make the comparison there.