We finally have the first trailer for the much anticipated The Suicide Squad spin-off series Peacemaker. The eight-episode series is coming at HBO Max and stars John Cena as the title character. James Gunn wrote every episode of the series and directed five out of the eight episodes.

The Suicide Squad left Peacemaker, stabbed by Idris Elba‘s Bloodsport but as we all saw in the film’s post-credit scene Peacemaker had survived and was requested to join a team working under Amanda Waller (Viola Davis).

Even though the series will mainly focus on the title character, Gunn has also said in an interview with Collider, that the series will be an ensemble piece. Check out the full quote below:

“Every character has their own story,” he explained. “So there’s the six main characters of Peacemaker, Leota Adebayo, who’s Danielle Brooks, Emilia Harcourt, who’s Jennifer Holland, Vigilante, who’s Freddie Stroma, Clemson Murn, who is Chukwudi Iwuji, and John Economos, who is Steve Agee. It’s really an ensemble about those six characters.”

The trailer shows us Peacemaker joining the hands with the kinda good guys. Then we meet the new team which Peacemaker will be working within the series. The team includes Holland’s Harcourt, Agee’s Economos. Brooks’ Adebayo, and also gives us the first look at Cena’s tighty whities dance and Peacemaker hugging his pet eagle.

Peacemaker will be premiering on HBO Max on January 13, 2022. Check out the trailer below: 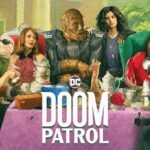 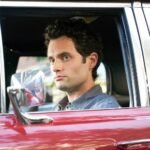