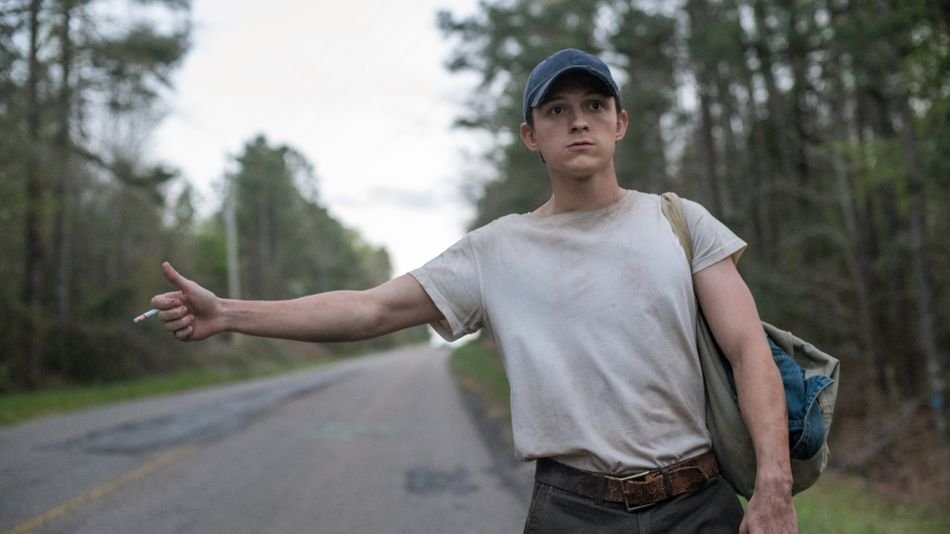 The Devil All The Time tells the story of an orphan named Arvin Russell (Tom Holland) and the people around him. Arvin Russell wants to be a good man even though sometimes he can’t control his violent tendencies because of some of the vile people in his life.

The Devil All The Time is a gritty movie and it completely pulls you into its world created by Antonio Campos and acted by some of the best actors working in Hollywood now like Tom Holland as Arvin Russell, Robert Pattinson as Reverend Preston Teagardin, Bill Skarsgård, and Haley Bennet as William and Charlotte Russell, Sebastian Stan as Sheriff Lee Bodecker, Jason Clarke and Riley Keough as Carl and Sandy Henderson, and many more.

The Devil All the Time ticks all the boxes for a gritty and gothic movie and brings you into the mindset of serial killers, statutory rapists, corrupted, and the conflicted people. It doesn’t pull its punches when showing you violence or graphic imagery, even though it doesn’t have that many, The script is also written by Antonio Campos and it is based on the novel of the same name written by Donald Ray Pollock.