Twenty-two years after the classic Cowboy Bebop anime series came to an end, Spike and his team of Space Cowboys are at it again but this time in live-action and on Netflix. Shinichirō Watanabe‘s Cowboy Bebop was never commissioned for a second season but will it be the same for André Nemec‘s Netflix series. The live-action series premiered on Netflix today with mixed reception, plainly saying not many original anime fans liked it that much and even the critics are trashing it. But that doesn’t necessarily mean that we won’t get to see John Cho‘s Spike Spiegel again, as Netflix doesn’t care much about the reviews as much it does for the audience, so if the audience is big enough we will see you again Space Cowboy.

Netflix usually takes at least a month before it renews an original series for another season, so if the streaming giant will renew the series, the news will be either coming out at the very end of 2021 or in early 2022.

If Netflix’s live-action Cowboy Bebop series returns, it’s an almost 100 percent guarantee that we will see Spike again, so Cho’s return as the lean mean fighting machine is imminent, and after that Mustafa Shakir and Daniella Pineda will also be returning as Jet Black and Faye Valentine. Other cast members who could be returning for the second season are Elena Satine as Julia, Alex Hassell as Vicious, and Mason Alexander Park as Gren.

During Cowboy Bebop’s red carpet premiere at Hollywood’s Goya Studios, Nemec told The Hollywood Reporter about his hopes for the future of the series:

“If Ted Sarandos comes by, you tell him I got big plans for season two. We definitely know where we want to go, and I’m excited that we get to tell those stories. Fingers crossed that we get more Cowboy Bebop.”

If the series gets commissioned for a second season we won’t see it on Netflix before the very end of 2022, or early 2023. 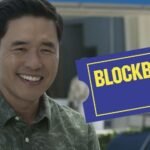 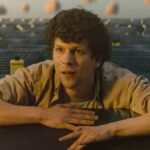