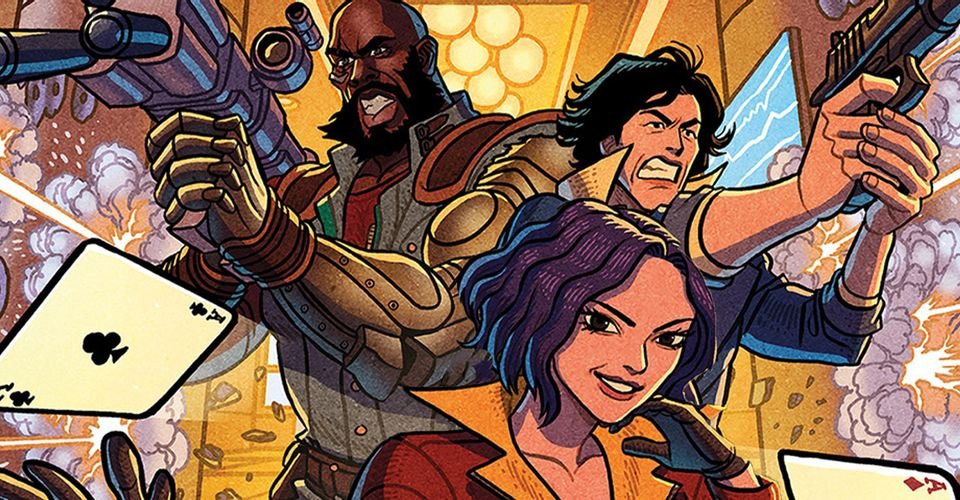 Titan Comics has revealed six new covers for their comic adaptation of Netflix’s upcoming live-action Cowboy Bebop series. The covers give us a closer look at the newest versions of Spike Siegel, Jet Black, and Faye Valentine. The covers also contain an excellent teaser for the Netflix series.

Cowboy Bebop is one of the most acclaimed anime series and followed a group of bounty hunters in a dystopian future. Netflix’s live-action adaptation was announced back in late 2018 and the series is coming to the streaming giant this year with 10 episodes on November 19. The Netflix series stars John Cho, Mustafa Shakir, Daniella Pineda, and Alex Hassell in lead roles.

The new version of the Cowboy Bebop will also get a comic adaptation from Titan Comics, but the fans will have to wait for it as the first issue of the comic is still months away with its release on December 8. The new six covers revealed by Titans Comics feature Spike Siegel, Jet Balck, Faye Valentine, and Ein the dog. The covers also include a photo variant and a black and white cover from Stanley “Artgerm” Lau. The variants are done by a brilliant group of artists which includes Lau, Claudia Ianniciello, Afu Chan, and Yishan Li.

The comic will be set in the year 2171, and it will follow a group of bounty hunters who are on the chase for a former gang member who is in possession of a vest that gives “unlimited luck” to whoever wears it. Cowboy Bebop #1 by Dan Watters and Lamar Mathurin will be released on December 8 and it will consist of 32 pages.