Bridgerton Season 2 is supposed to start filming in the spring of this year.

Produced by Shonda Rhimes, and created by Chris Van Dusen, Bridgerton stars in its lead roles Rege-Jean Page as Simon Basset and Phoebe Dynevor as Daphne Bridgerton. Bridgerton is based on Julia Quinn‘s novel named The Duke & I.

Created by Chris Van Dusen this Netflix original period drama series was renewed by Netflix, and they shared a video on their official YouTube channel. Netflix shared a short video containing clips from the first season and it was the caption “Season 2 is Coming“.

The first season of the series premiered on Netflix on 25 December 2020. It contained eight episodes and every episode was about an hour long.

Netflix’s official synopsis for the series is, “The eight close-knit siblings of the Bridgerton family look for love and happiness in London high society. Inspired by Julia Quinn’s bestselling novels.“ 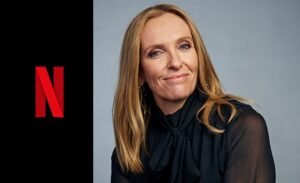