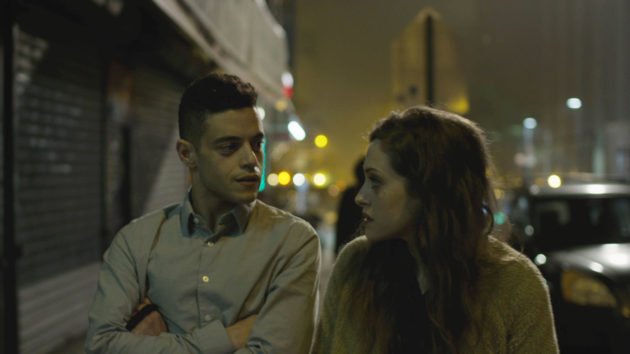 Fans of the acclaimed series Mr. Robot will be happy to hear that the cast of the series reunited at a cast wedding this week. Carly Chaikin married her long-time partner Ryan Bunnell, a director. Chaikin shared a photo of her in her wedding dress on Twitter, with her Mr. Robot castmates including Sam Esmail, writer, director, and producer of Mr. Robot, Rami Malek, and Christian Slater. Chaikin wrote, “When your dream wedding in your dream dress becomes a family affair…The brother, the father and the God father.”

If you were living under a rock, Mr. Robot follows a young, anti-social computer programmer, Elliot Anderson (Malek), who works at a cybersecurity firm and in the night he is a hacker trying to take down the one percent of the one percent, who are really running this world specifically people involved with a company named E Corp. The thriller series ran for four seasons from 2015-2019, and it won three Emmys alongside many other wins and nominations.

Chaikin recently finished working on Killing Daniel, which is currently in post-production. The film follows a man named Daniel who reconnects with his family, but things start going wrong when he realizes that his family wants to kill him for his inheritance. Killing Daniel is directed by Jeremy LaLonde and written by Matthew Dressel.

Malek recently appeared in No Time To Die as the main villain named Safin. Slater is currently working on Netflix’s upcoming series Army of the Dead: Lost Vegas, which is set in Zack Snyder‘s Army of the Dead universe during the first phase of the zombie outbreak in Vegas. Esmail is currently working on a new series titled Acts of Crime. Check out Chaikin’s Twitter post: