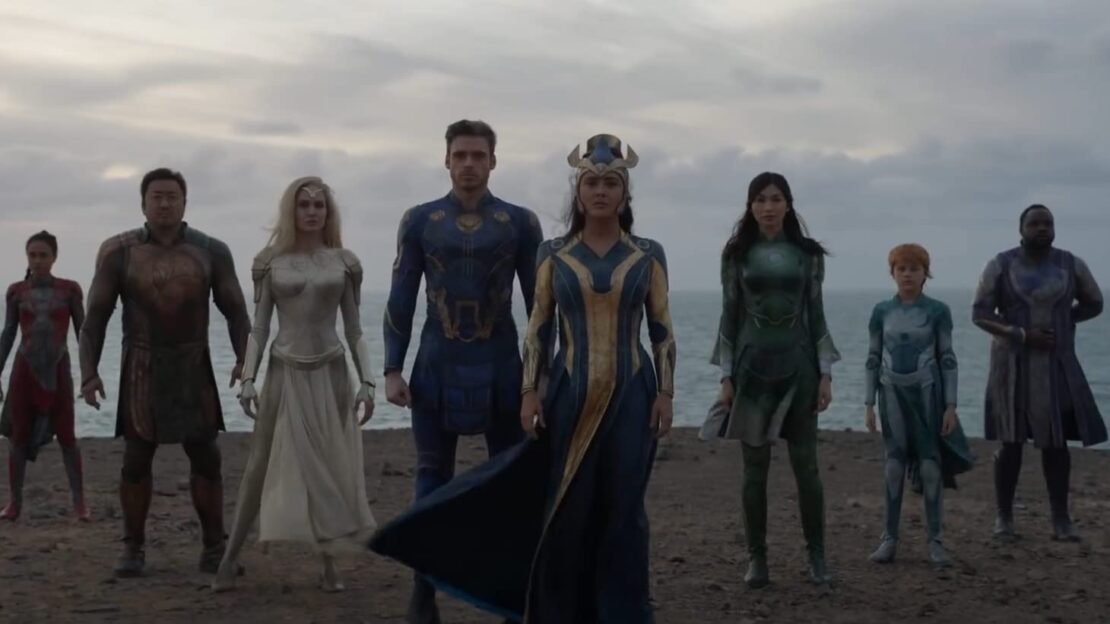 Marvel Studios just released the final trailer for Chloé Zhao’s Eternals, which is all set to premiere in theaters on November 5.

The Marvel Cinematic Universe’s upcoming film Eternals will follow an alien race called the Eternals, who have lived on Earth secretly for thousands of years and they possess different powers and abilities, including super strength and the ability to fly.

According to many, Eternals is “Marvel’s most ambitious film,” and it follows a group of heroes including Gemma Chan as Sersi, Richard Madden as Ikaris, Kumail Nanjiani as Kingo, Lia McHugh as Sprite, Bryan Tyree Henry as Phastos, Lauren Ridloff as Makkari, Barry Keoghan as Druig, Don Lee as Gilgamesh, Salma Hayek as Ajak, and Anjelina Jolie as Thena. The film will also include Kit Harrington as a human named Dan Whitman a.k.a the Black Knight.

In Chloé Zhao’s recent interview with EW, she discussed a scene they shot at Fuerteventura in the Canary Islands, and this is what she said about it:

“We had our whole cast standing on that cliff in their costumes, and we played really loud operatic music on the speaker, just blasting that through the wind,” Zhao said. “Seeing my cast coming together in formation as the Eternals, with the beauty of this ancient-looking landscape, and the ocean and the sky… it was pretty awesome.”

Kumail Nanjiani said this of Zhao’s skills as a director in an interview with EW:

“She’s just one of the greatest filmmakers ever, and she’s at the height of her powers right now. Working with someone like that, you’d think it’d be intimidating, but it was the opposite.”

Check out the trailer for the Eternals: