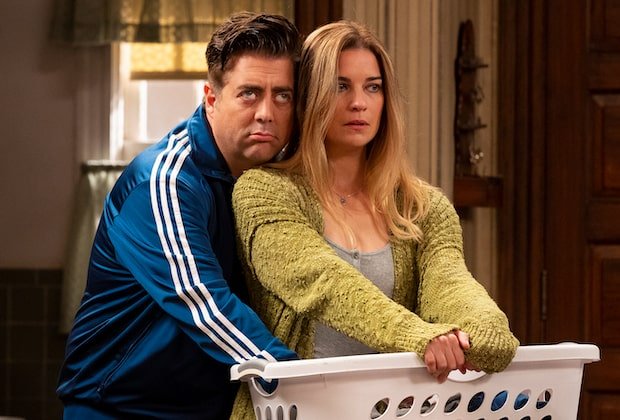 Kevin Can F**k Himself has been renewed for a second season by AMC. The series has received orders for eight more episodes which will premiere in 2022 on AMC and AMC+.

The dark comedy series stars Annie Murphy (Schitt’s Creek) in the lead role as Allison McRoberts, who seems very familiar on the outside as she looks like all the sitcom wives we have seen before in countless comedy shows. The series follows Allison as she tries to break out of her unhappy life. Alongside Murphy series also stars Marry Hollis Inboden, Eric Peterson, Alex Bonifer, Brian Howe, and Raymond Lee.

The president of original programming for AMC Networks and AMC Studios Dan McDermott said this about renewing the dark comedy series:

“It’s Kevin’s world, Allison’s just living in it. Or is she? This series was built on a novel and unique concept, and the creative team on both sides of the camera, led by Valerie and Annie, delivered a highly entertaining first season that really got people talking and rooting for the sitcom wife as never before, We are excited to see this talented team move from the finale’s cliffhanger and continue Allison’s journey, pushing the bounds of conventional storytelling every step of the way.”

Kevin Can F**K Himself is created by Valerie Armstrong, and the showrunner on the series Craig DiGregorio, and both of them serve as executive producers alongside Rashida Jones and Will McCormack on the series.

“We’re so grateful to AMC for giving a home to our weird little show, Creating the first season of ‘Kevin Can F**K Himself’ and getting to tell this story has been the joy of my life. We couldn’t be more thrilled to be stuck in Worcester with Allison for another year.”

Are you ready for Season 2?