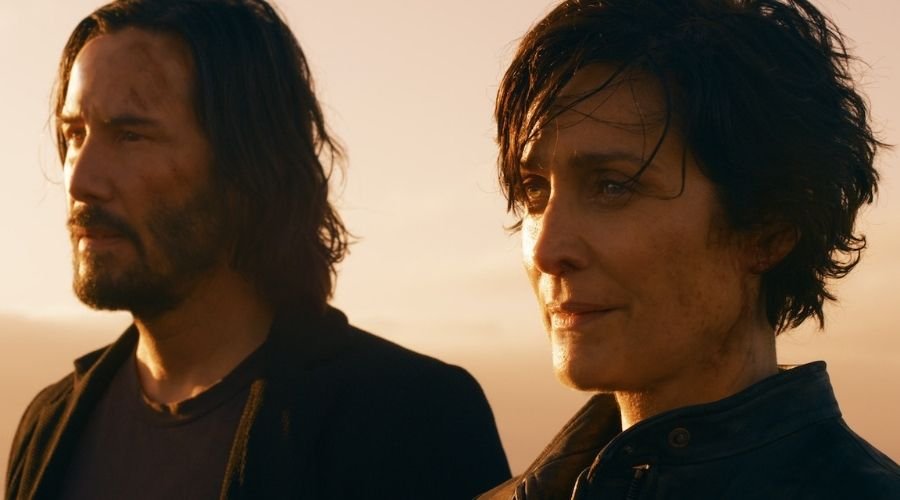 Keanu Reeves‘s Matrix co-star Carrie-Anne Moss says she wants to join the John Wick franchise as an assassin in one of the upcoming films. Carrie-Anne Moss plays the role of Trinity in the Matrix franchise alongside Reeves’ Neo. The duo has been a fan favorite since the late 90’s when the first Matrix hit theaters. Since the original Matrix trilogy ended Moss has appeared in several films like Chocolate, Disturbia, and Christopher Nolan‘s Memento.

Moss and Reeves have not been seen together on screen since the original Matrix trilogy with The Matrix Revolutions in 2003, but now they can be seen together in their most iconic role of Trinity and Neo, in the new Warner Bros. film The Matrix Resurrections, which was released on HBO Max and in theaters simultaneously on December 22. The Matrix Resurrections sees Thomas Anderson aka Neo and Trinity trapped in a fantasy that the new Architect has created for them, but the news heroes of Matrix namely Bugs (Jessica Henwick) free Neo, after which Neo and the team try to free Trinity from the fake reality that the Matrix has created.

During an interview about The Matrix Resurrections with People, Moss and Reeves were talking and the interviewer asked her which Reeves role is her favorite, and she answered that she loves John Wick, because of “the depth that Keanu is able to [create] with his body.” When Reeves replied and asked her if she would like to play an assassin in the John Wick films, she said that “I’d love to.” After which Reeves said that she should be careful what she wished for hinting that he would talk to the John Wick creators about getting her a role. Read Moss’ full quote below:

I love John Wick. I really started to understand Keanu’s outrageous gift for telling story through his body. And I didn’t fully understand that until I went deep into John Wick with one of my children. It was very bonding for us too. It was amazing to have that experience with my son and to watch the depth that Keanu is able to [create] with his body. It’s really an art form.

I’d love [to play a role of an assassin in a John Wick film.]

If Carrie-Anne Moss does appear in the upcoming John Wick films, she would be the fourth Matrix star joining the franchise after Laurence Fishburne who played the iconic role of Morpheus in the Matrix trilogy and now plays the role of the menacing Bowery King in the John Wick franchise. Even though Fishburne starred in all three films in the Matrix trilogy as Morpheus, in the new film The Matrix Resurrections his role of Morpheus is being played by Yahya Abdul-Mateen II (Candyman). Randall Duk Kim also appeared in The Matrix Reloaded as the Keymaker, who was a human-shaped program capable of creating doors and pathways in the Matrix, in John Wick, Duk Kim plays the role of the Continental’s resident doctor and is seen patching up John in John Wick Chapter 3: Parabellum. Last but not least Daniel Bernhardt also made his debut in The Matrix Reloaded as Agent Johnson, one of the programs working alongside Hugo Weaving‘s Agent Smith, and now he plays the role of the lead henchman Kirill in the first John Wick film.

John Wick franchise is known for starring big stars in badass roles like Halle Berry, who appeared in Parabellum, John Leguizamo who plays the role of Aurelio in the franchise, and Willem Dafoe who appeared in the role of Marcus in the first Wick film. Carrie-Anne Moss would be a perfect fit in the Wick franchise as everybody loves her action roles and she herself is really interested in joining the franchise.