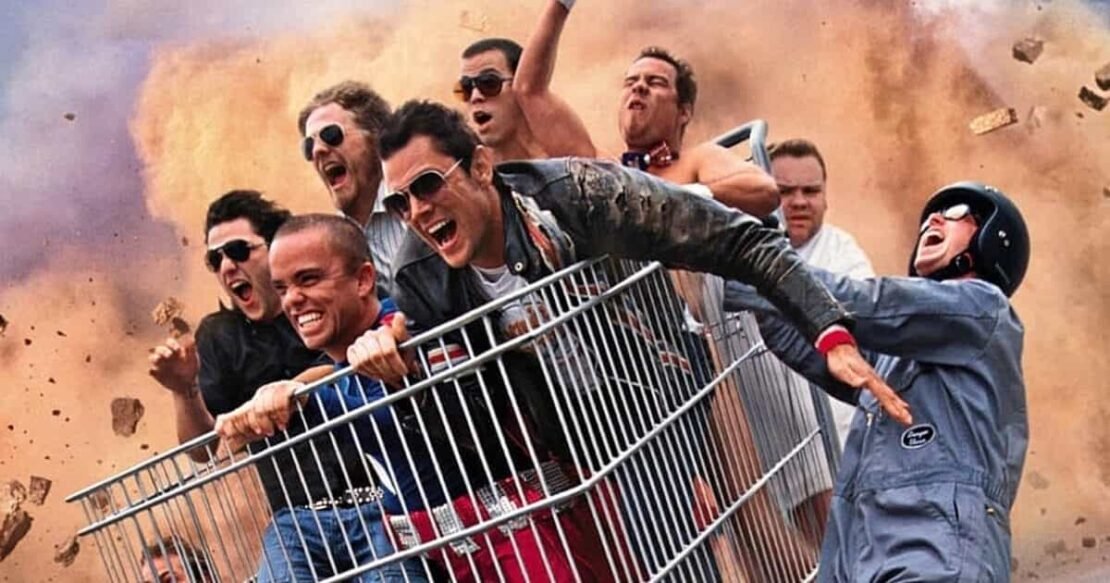 Paramount announced a few days ago that they were delaying there several of their upcoming movies, which two upcoming Tom Cruise‘s movies Top Gun: Maverick and Mission: Impossible 7. With that, they also pushed Jackass Forever to 2022 which is the fourth and apparently final film in the Jackass franchise. But the delay couldn’t just be announced normally because Johnny Knoxville spray painted the new release date of the film on the movie’s billboard.

The video was posted by Knoxville on his Instagram, and it was filmed by Jackass producer and camera operator Dimitry Elyashkevich. In the video, Knoxville is seen going up on the billboard with a black can of spray paint and he painted over launching soon and wrote February 4, 2022 (the new released date of Jackass Forever).

Knoxville said in an interview with GQ, that this would be his last film in the franchise by stating, “You can only take so many chances before something irreversible happens.” At 50-years-old, Knoxville stated, “I feel like I’ve been extremely lucky to take the chances I’ve taken and still be walking around.”

Knoxville’s graffiti says Jackass Forever will be in theaters on February 2022. Check out Knoxville’s Instagram post below: