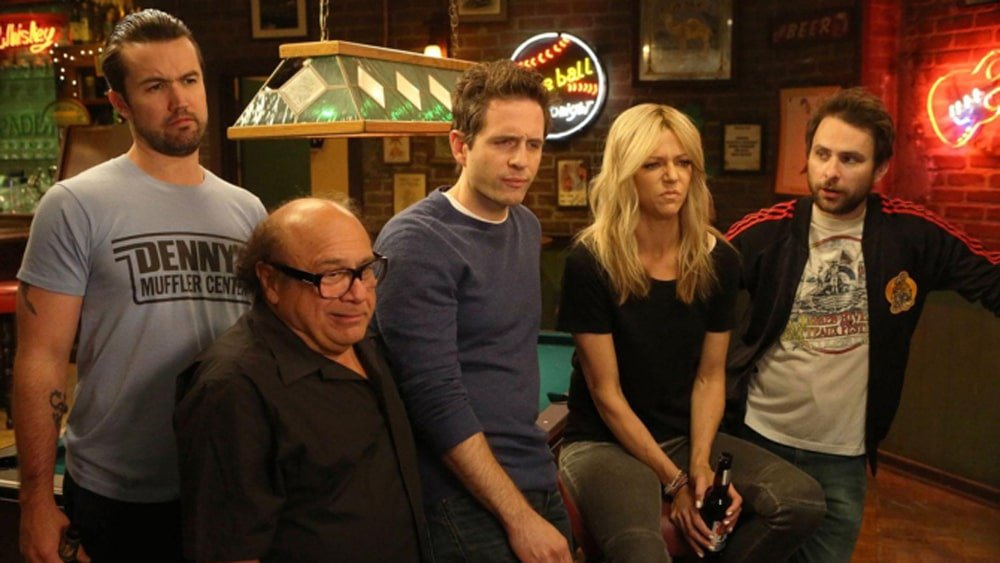 It’s Always Sunny in Philadelphia is coming back with its fifteenth season and to mark the beginning of production on the first episode of Season 15, series star Rob McElhenney revealed the title of the first episode on TikTok to his 700,000 followers.

The video shared by McElhenney while wearing riot gear garnered over half a million views in just under three hours. The clip shows McElhenney holding the script for the first episode of Season 15, titled “2020: A Year in Review.” In the clip, the camera slowly pulls off from the script revealing McElhenney standing in Paddy’s Pub set, while wearing riot gear, including a tactical vest and helmet. The background music of the video was Sesame Street’s theme song, and the caption on the video was, “Day 1. Episode 1. Season 15.”

With the fifteenth season just starting production, the fans will have to wait for the upcoming season, and there is no official premiere date announced yet.

It’s Always Sunny Season 15 was renewed back in May 2020, which officially made it the longest-running live-action comedy series in American television history. The series was also renewed for three more seasons in December 2020, which means that It’s Always Sunny returns until its eighteenth season is confirmed.

Alongside McElhenney, It’s Always Sunny also stars Charlie Day, Glenn Howerton, Kaitlin Olson, and Danny DeVito. Day, McElhenney, and Howerton also serve as executive producers and writers on the series. The first fourteen seasons of the series are available on FX and Hulu.

Check out the video below: