‘Khaali Peeli’ tells the story of a taxi driver “भंकस bandh” (Ishaan Khatter) who is on the run from the authorities because he has committed “half-murder” and a girl “शानपट्टी shuru” (Ananya Pandey) who is on the run for reasons we don’t know yet. There is some banter between the two stars and the story involves a bag filled with jewelry and cash.

The first teaser trailer for the upcoming movie ‘Khaali Peeli’ starring Ananya Pandey and Ishaan Khatter. The trailer was uploaded some time ago on the Zee Studio youtube channel and it looks like this will be the next Sadak 2, let me explain the trailer was uploaded 26 hours ago and it has already got 4,46,820 dislikes opposite to only 50,040 likes.

From what I can tell from Khaali Peeli’s teaser is that it looks like a generic Bollywood action-comedy and it isn’t even that bad but because of the nepotism issue in India right now it has reached this much disdain from the audience because of the lead actors which are both star kids or relatives.

Khaali Peeli was supposed to hit the theaters on June 12 but it was postponed due to the Coronavirus Pandemic but it was delayed indefinitely with the promise of coming soon.

The tragic demise of Sushant Singh Rajput has fueled the Indian audience to speak out against nepotism and other issues in Bollywood which victims are the outsiders. Sometimes this anger comes out in an ill-mannered way which is wrong and nobody should have to deal with that. Indian audience is focusing their anger on the star kids and their godfathers now by disliking their movie trailer and refusing to see their movies. It is a good movement and it shouldn’t have to start by losing a great actor and a wonderful person but everything has to start from somewhere but there is still a huge amount of loss in the hearts Indian audience which is coming out in form of anger.

I surfed the net and there was no major website that wrote about the similarities between ‘Sadak 2’ and ‘Khaali Peeli’, all the major websites are just talking about the movie and nobody is focusing on the dislike button below the teaser except of the audience of course. 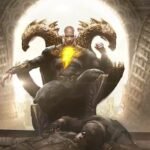