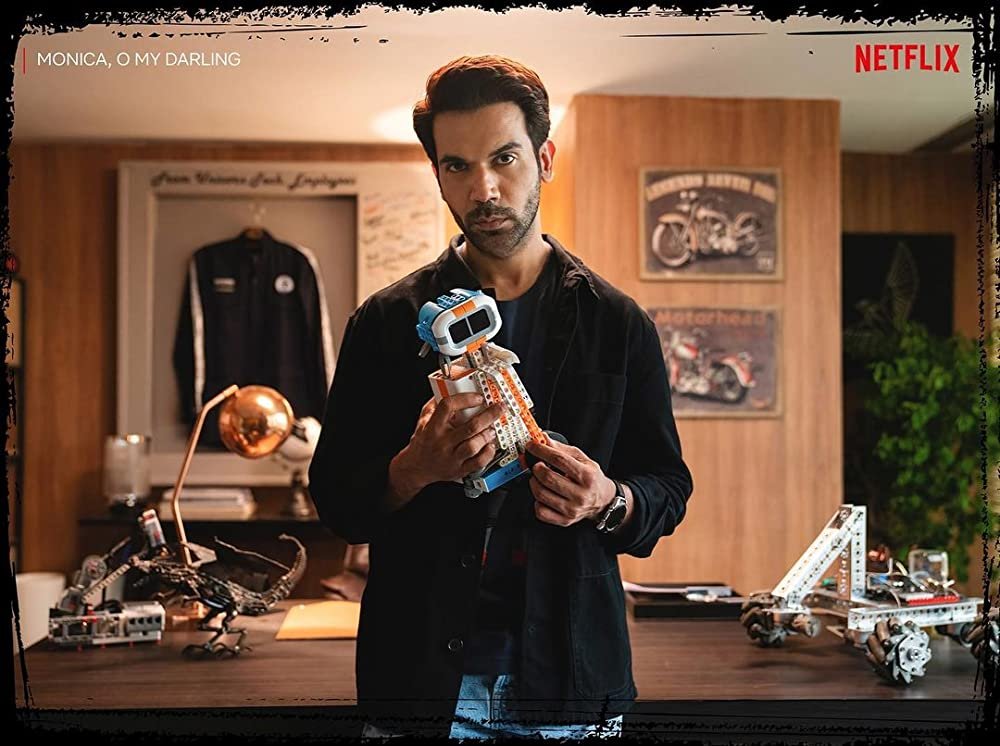 Netflix’s Global fan event TUDUM is finally here and it has brought us a list of some very exciting upcoming movies and shows. Netflix India’s YouTube channel was the home for the fan event TUDUM and which lasted for nearly 30 minutes and it brought us stars like Radhika Apte, Dulquer Salmaan, Rana Dagubbati, and Venkatesh Daggubati. TUDUM was hosted by comedian Zakir Khan and actor Prajakta Koli. So, here are every movie, series, and documentary announced by Netflix during TUDUM.

Black comedy and white-collar crime collide in Monica, O My Darling in which a young man desperately tries to make it big with some unlikely allies and a dastardly diabolical plan to pull off the perfect murder. Join your favourite actors on a roller coaster of dark and devilish twists and turns in this crime drama where survival is the key.

Logline: Two powerhouses of entertainment – Netflix and Vishal Bhardwaj, bring to you a spy thriller, Khufiya, inspired by true events and based on an espionage novel ‘Escape to Nowhere’ by Amar Bhushan.

Produced by Vishal Bhardwaj Films and directed by Vishal Bhardwaj, Khufiya is a story about Krishna Mehra, a R&AW operative who is assigned to track down the mole selling India’s defence secrets. All along, grappling with her dual identity of a spy and a lover. The film stars Tabu, Ali Fazal, Wamiqa Gabbi and Ashish Vidyarthi in pivotal roles.

Synopsis: A daughter and a mother’s love is sacred but complicated at the same time. How far will a daughter go to seek her matriarch’s love?

During TUDUM we also got a sneak peak at the upcoming heist thriller film taking place at 40,000 feet above the ground. The film stars Yami Gautam, Sunny Kaushal, and Sharad Kelkar.

Logline: Netflix today announced its next film ‘Kathal’, starring Sanya Malhotra and Anant Joshi, which went on floors earlier this week. This woman-led dramedy, set in a small town, revolves around a local politician whose prized jackfruits (Kathals) go missing and a young police officer- Mahima, played by Sanya Malhotra, who is adamant to solve this bizarre case to prove herself. Kathal is the directorial debut of Yashowardhan Mishra, who has also written the film along with the veteran, award winning writer Ashok Mishra.

Logline: Two superstars, a powerful, action-packed story about the lives of the rich and famous, and Netflix – that’s THE recipe for an interesting watch! Adding more sizzle to this is the never seen before coming together of megastars. For the first-time ever, Baahubali’s Balaldev a.k.a. Rana Daggubati will be seen sharing screen space with his uncle ‘The Superstar’ Venkatesh Daggubati in Netflix’s upcoming crime-drama series ‘Rana Naidu’. Produced by Locomotive Global Inc., the series is an official adaptation of the SHOWTIME® American popular drama series ‘Ray Donovan ‘and will commence shooting soon.

The action drama will follow the life of Rana Naidu, the go-to guy for everyone in Bollywood when they have a problem. The format rights are licensed by ViacomCBS Global Distribution Group. Karan Anshuman is the showrunner and the Director and joining him to co-direct is Suparn Verma.

Logline: Hard-hitting, real-life stories and multi-dimensional characters are what define Hansal Mehta’s filmography. The award-winning director has always presented the realities of our times through his filmmaking, leaving us with memorable characters and human stories. Kicking off a partnership with Netflix, Hansal Mehta will make his directorial debut on the service, with the series Scoop. The character drama recently started shooting, under the production company, Matchbox Shots.

Inspired by the book written by Jigna Vora, ‘Behind The Bars In Byculla: My Days in Prison’, Scoop is a character drama that traces the journey of Jagruti Pathak, an ambitious crime journalist. Her world comes crashing down ​when she is charged for the heinous murder of a fellow journalist, Jaideb Sen and ends up in a prison cell with those she once reported on. The others charged include a notorious sharp shooter, a nefarious bookie and the infamous, Chhota Rajan! The truth is quietly buried as she waits out a trial.

Logline: An unconventional drama mixed in with some dark comedy is what audiences can expect from Netflix and celebrated filmmaker, Abhishek Chaubey as they come together once more. Known for his directorial work on Ray and Ankahi Kahaniyan and producing Raat Akeli Hai, Soup is headlined by a truly powerful cast and critically acclaimed actors, Konkona Sensharma and Manoj Bajpayee. The lead actors and showrunner and director, Abhishek Chaubey can be seen cooking up a storm in a first-look, behind-the-scenes video. The dark-comedy crime series is produced by Macguffin Pictures.

Loosely based on a true-life incident, Soup is the story of Swathi Shetty (Konkona Sensharma), an incompetent cook who dreams of having a restaurant of her own someday and her suspicious husband, Prabhakar (Manoj Bajpayee) who won’t help with her aspirations and has doubts of his own. Soon fate gives her an opportunity and she starts to cook up a master plan. But things don’t go as intended, as whimsical characters and amateur villains ruin the broth.

Logline: Randeep Hooda will be seen bringing his broad and versatile acting prowess to a series for the first time with an upcoming revenge drama CAT. This series marks Randeep’s return to Netflix after his role in the film, Extraction. Produced by Movie Tunnel Productions in association with Jelly Bean Entertainment, the actor will play the lead in this revenge drama series. CAT is directed by showrunner Balwinder Singh Janjua and co-directed by Rupinder Chahal and Anutej Singh.

About an innocent man, CAT is a crime thriller set against the backdrop of the Punjab hinterlands. He is thrown into a deep, drug trafficking conspiracy between gang lords, cops and political powers.

Logline: With an impressive portfolio of films and series to their name, Raj Nidimoru & Krishna D.K., also known as Raj & DK, need no introduction. The incredibly talented writer-director duo have an impeccable body of work, and they will now kickstart their creative partnership with Netflix with the quirky series Guns & Gulaabs under the D2R Films production.

Inspired by the misfits of the world, Guns & Gulaabs is a story that depicts love and innocence, set in a world of crime. The series is set to uniquely blend the romance of the 90s with a crime thriller while effortlessly lacing it in humour.

Nayanthara: Beyond the Fairy Tale

Logline: Superstar Nayanthara is the focus of the new documentary, Nayanthara: Beyond the Fairy Tale — with an appearance from her new husband Vignesh Shivan. 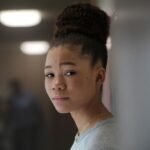 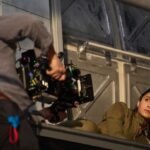