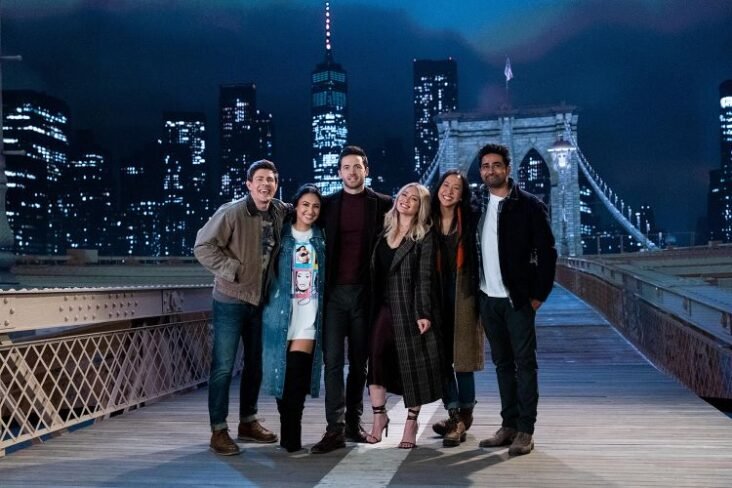 The first image of the cast of the highly anticipated spin-off series of How I Met Your Mother titled How I Met Your Father has been revealed. The image features the cast of the series which includes Hillary Duff, Chris Lowell, Tom Ainsley, Tien Tran, Francia Raisa, and Suraj Sharma standing on the Brooklyn Bridge at night.

The revealed image may feel mundane but how the production achieved the image is truly remarkable. HIMYF showrunners Isaac Aptaker and Elizabeth Berger created a pivotal sequence for an episode in which the lead character Sophie (Duff) walks on the iconic bridge with her friends, but COVID-19 became an obstacle, and having to deal with getting all the permits and ambient noises would have a been a big headache for a single scene. So, executive producer and director of the pilot episode Pamela Fryman made the decision to shoot on a virtual stage using the Infinity Stage on the Disney Burbank lot.

The Infinity Stage uses ILM (Industrial Light and Magic)’s StageCraft toolset, bringing the use of virtual production technology into episodic television production. This technology was pushed into the forefront by the hit Disney+ series The Mandalorian in which the creative team created vast landscapes for the various planets in the series all from the comfort of the Disney soundstage. Read Fryman’s views on the technology below:

“I was able to spend the day in Burbank shooting a scene on the Brooklyn Bridge. The logistics and price tag of shooting on location (even when there’s not a pandemic) would have made this scene impossible – but thanks to this new technology the scene is in the can.”

How I Met Your Father (Official Synopsis): Sophie and her close-knit group of friends are in the midst of figuring out who they are, what they want out of life, and how to fall in love in the age of dating apps and limitless options.

How I Met Your Father is all set to premiere on Hulu sometime in 2022. Check out the first look image below: 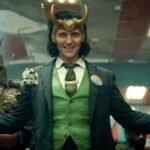