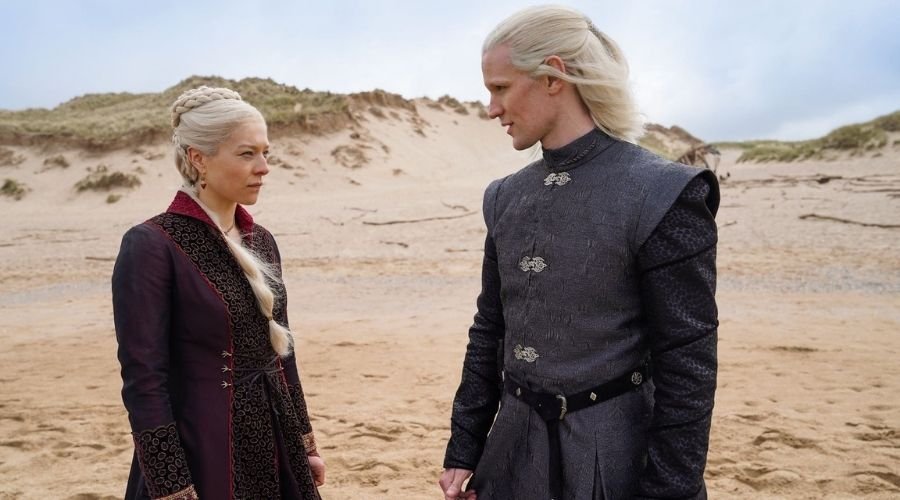 The most anticipated series of this year House of the Dragon, which is a prequel series of the mega-hit series Game of Thrones is likely to get a second season, as confirmed by HBO’s Chief Content Officer Casey Bloys. The executive has played a key role in recent years at HBO with its broadcasting and streaming, he has been involved in brilliant projects like The White Lotus, I May Destroy You, and The Flight Attendant.

Based on George R.R. Martin’s book Fire & Blood, the Game of Thrones prequel series will revolve around the House Targaryen, and it takes place 300 years before the events that transpired in the Game of Thrones series. House of the Dragon stars Matt Smith as Daemon Targaryen, Rhys Ifans as Otta Hightower, Steve Toussaint as Corlys Velaryon, Eve Best as Rhaenys Velaryon, Olivia Cooke as Alicent Hightower, Sonoya Mizuno as Mysaria, Fabien Frankel as Criston Cole, and Graham McTavish as Ser Harrold Westerling.

While speaking about the future of the series with THR, Bloys described the likelihood of House of the Dragon getting an early renewal for its second season as very likely. Read the full quote by Bloys below:

Typically speaking, I like to take an approach where we will talk about what a second season might look like and talk about scripts. But we tend to like to see how a show performs. That said, if I were betting, I’d say there’s a pretty good shot that House of the Dragon will get a season two. But we tend to like things to air and give it some time. That said, on most shows, we’ll do preparation and put ourselves in a good position to move forward.

House of the Dragon will be headed by Ryan Condal and Miguel Sapochnik and they will be also serving as executive producers alongside Martin, Vince Gerardis, Sara Hess, and Ron Schmidt with Greg Yaitanes serving as co-executive producer. The series will be directed by Clare Kilner (The Alienist: Angel of Darkness) and Geeta V. Patel (The Witcher).