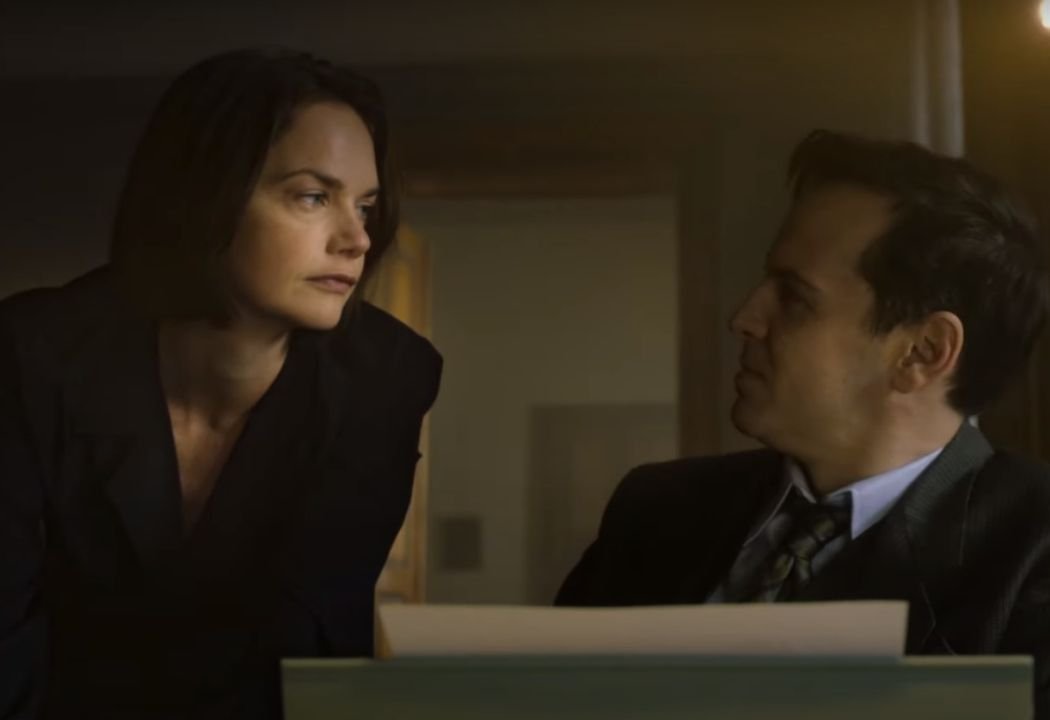 HBO is bringing you a film based on the true story of the Oslo Peace Accords and it has just released the first trailer for the film on HBO’s official YouTube channel.

Oslo is adapted from the Tony-Winning play of the same name which is inspired by the amazing real-life events that happened in order to create the Oslo Peace Accords. Oslo will star Ruth Wilson and Andrew Scott in lead roles as husband and wife Mona Juul who is a Norwegian Foreign Minister and Terje Rød-Larsen who is a Norwegian sociologist and the film will focus on the secret backchannel conversations between Israelis, Palestinians, and a certain Norwegian couple.

The official synopsis for Oslo is:

Adapted from the Tony Award-winning play of the same name, Oslo follows the secret back-channel talks, unlikely friendships, and quiet heroics of a small but committed group of Israelis and Palestinians, plus one Norwegian couple, that led to the 1993 Oslo Peace Accords. Oslo stars Ruth Wilson as Mona Juul, a Norwegian foreign minister, and Andrew Scott as Terje Rod-Larsen, a Norwegian sociologist and Mona’s husband

The HBO original film Oslo will be available to stream on May 29, 2021.

Oslo is directed by the Tony-Award-winning director Barlett Sher and it was written by Tony-Award-winning writer J.T. Rogers. Mark Platt (La La Land), Kristie Macosko (Bridge of Spies), and Steven Spielberg (Jurrasic Park) serve as executive producers on the film.