Marvel has finally revealed the first trailer for the upcoming Disney+ Hawkeye series. Clint Barton (Jeremy Renner) will be appearing in his solo TV series passing on his mantle of Hawkeye to Kate Bishop (Hailee Steinfeld) on Disney+ on November 24.

The series will be set after the events of Avengers: Endgame, which showed Clint Barton in a dark place mass murdering in Asia after the vanishing of his family because of the blip. But this was not the end as Clint also saw his friend Natasha Romanoff aka Black Widow (Scarlett Johansson) sacrifice herself to get the soul stone.

Hawkeye’s trailer makes it clear that the series will be a Christmas adventure, in which Clint will face the horrors from his past while trying to make it home to his family in time for the holidays. It seems there is also a Captain America musical number in the series.

Hawkeye is set to premiere on Disney+ in November. Check out the poster of the series: 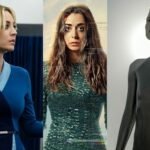