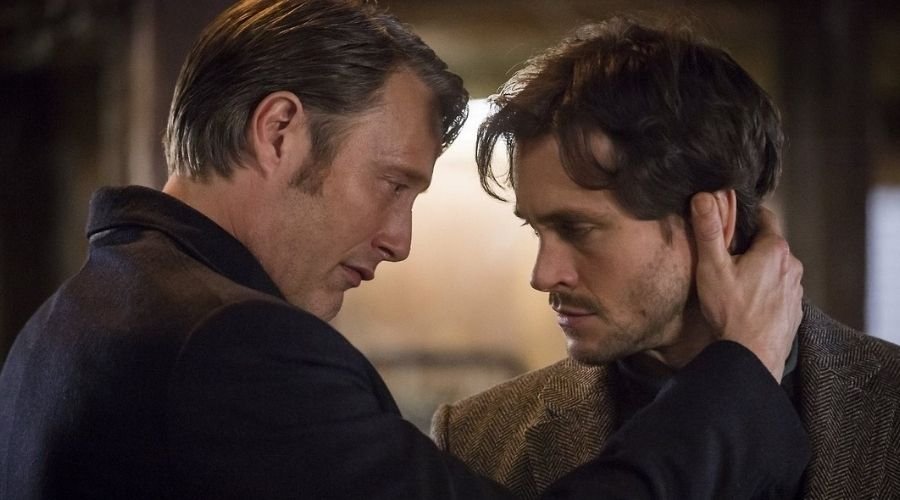 Bryan Fuller, the creator of Hannibal which is one of the best series in TV history regrets that he couldn’t explore the intimate side of the relationship between Hannibal Lecter and Will Graham. The series first aired on NBC in 2013, it aired for three successful seasons,s and then it was canceled to everybody’s surprise. Hannibal stars Mads Mikkelsen as the title character, who is a forensic psychiatrist and also is a cold-blooded cannibalistic serial killer the other lead character is Will Graham (Hugh Dancy), who has a damaged psyche and he is an FBI profiler. Will is also a patient of Hannibal. The series is based on Thomas Harris‘ novels, the other adaptation of the novels include Sir Anthony Hopkins‘ 1991 film The Silence of the Lambs and Brian Cox‘s 1986 film Manhunter.

Throughout the run of the series, it was obvious that there was romance developing between Will and Hannibal between all the blood and gore and the cat and mouse game they were playing. Many fans of the series have also speculated that there was a deep connection between the two leads, which is more on the romantic side of the relationship. The creator of the series, Fuller also confirmed that his version of Hannibal is pansexual and he is in love with Will in the series. During a recent interview with EW, Fuller said that he wanted to explore the romantic angle in Will and Hannibal’s relationship. Read the quote by Fuller below:

“It started out as kind of a fascination with how straight guys interact with each other in a romantic way that is not sexual. Initially, I didn’t want to misrepresent Thomas Harris’ characters because they clearly have heterosexual leanings in the source material, but as with the kids these days, that sexuality became much more fluid over the course of the series.”

Fuller also added that a kiss scene between Will and Hannibal was almost filmed for the Series 3 finale instead of both of them jumping off a cliff after defeating Francis Dollarhyde aka Tooth Fairy (Richard Armitage). Read the quote by Fuller below.

“There were several takes and there was never any actual lip locking. But there was a lingering [in one take] where Mads’s lips parted, hovering over Will’s mouth in a way that went on… For a while. When I was watching dailies, it seemed like an eternity. The issue for me was always, I didn’t want to make their love story expectational or artificial or forced. I always wanted it to be organic. I didn’t know in that moment if it would cross over into that level of physicality beyond holding each other, and there was something about holding each other and leaning in to each other and looking deeply into each other’s eyes that felt more authentic and more romantic to me than a kiss ever would.”

Fuller also added that if he could he would like to redo the ending of Hannibal and add the kiss scene between Hannibal and Will in there. The creator said that he regrets not ending the series with the kiss scene. He said, “But if I had to do it again, I might suggest to kiss and see how it played. But neither of the actors were ever afraid of going there. If there were any concerns, it was always just about remaining authentic. That certainly was my goal because, yes, I absolutely wanted to see them kiss.”

Hannibal’s ending was pretty ambiguous leaving a gate open if they get a chance to make another season. Since the cancellation of the series, fans have been demanding for the fourth season, and also the cast of the series is also ready to reprise their roles.