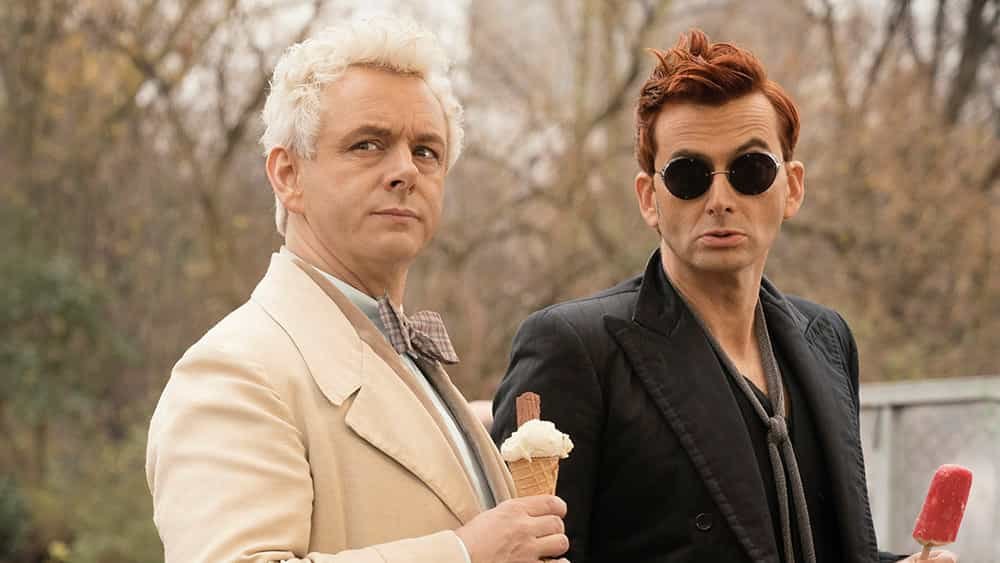 Amazon Studios and BBC have announced more cast for the second season of the fantasy series Good Omens. The series is adapted from the novel of the same name written by Neil Gaiman and Terry Pratchett. Deadline reported that the new addition to the series are Dame Siân Phillips, Tim Downie, Pete Firman, Andi Osho, and Alex Norton, while the returning cast members from Season 1 are Derek Jacobi, Niamh Walsh, Mark Gatiss, Steve Pemberton, and Reece Shearsmith. But sadly Benedict Cumberbatch who voiced Satan in the first season and Francis McDormand who voice God will not be returning to Season 2 to reprise their roles.

Good Omens follows an angel Aziraphale (Michael Sheen) and a demon Crowley (David Tennant), who start working together to prevent the apocalypse that is threatening the existence of the Earth. Good Omens initially began as a limited series but because of the popularity it garnered, Amazon and BBC have renewed for a second season, which is currently filming in Scotland.

As previously confirmed Sheen and Tennant will be returning to reprise their roles of an angel and a demon, and also Jon Hamm and Doon Mackichan will be returning as Archangel Gabriel and Archangel Michael. The new coming angel to Season 2 are Uriel (Gloria Obianyo), Saraqael (Liz Carr), and Muriel (Quelin Sepulveda).

Good Omens Season 2 will take Aziraphale and Crowley in unknown territories literally, as there is no source material present for Season 2 in the novel. The creators of the series will have the chance to shape the series’ story completely in their vision as opposed to following the dotted line. Season 2 of the series could explore the fallout which is definitely supposed to happen after the near-apocalyptic event in Season 1 while adding new storylines to take the characters further into the mythology.

The writer and co-showrunner of the series, Gaiman said this on the reveal of the new cast members:

“We are so thrilled that we were able to get so many fabulous actors to return to the Good Omens family. Some of them are reprising roles, some of them are playing completely new characters. And we are just as thrilled by the people coming to the Good Omens team for the first time. We have an ensemble cast of astonishing talent, and seeing what they’re giving us is a daily treat. I can’t wait until the rest of the world gets that treat, too.”

The director and co-showrunner of the series Douglas Mackinnon also added:

“We are happily working our way through filming Good Omens 2 in Scotland and these new cast arrivals will only increase the pleasure of it all. The remarkable Scottish crew are loving making the magic that is Good Omens and we can’t wait to share our stories with the world.”

Good Omens Season 2 release date has not been announced yet, but you can watch the first season on Prime Video right now.