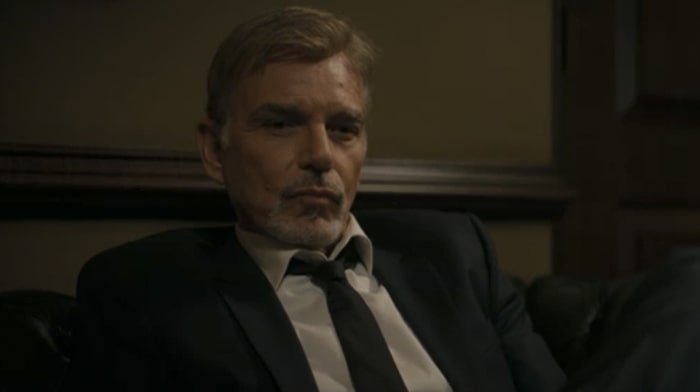 The trailer for the fourth and final season of the Amazon Prime Video’s legal drama Goliath has just dropped and it looks like a thrilling send of Billy Bob Thornton‘s dynamic character. In the fourth season Billy McBride will be taking on the Big Pharma and the main antagonist in the upcoming season will be played by Academy Award winner J.K. Simmons.

The fourth season will pick up after the shocking cliffhanger that ended the third season and take our protagonist into a legal war with Simmons’ character George Zax, the head of a family-operated pharmaceutical company.

After a near-death experience due to the events of the Season 2 finale, Billy and Patty (Nina Arianda) joins a prestigious law firm and together they take on one of “America most insidious Goliaths: the opioid industry”

Goliath will return for its fourth and final season on September 24 and this season will have eight episodes in total.

Goliath’s final season will see the return of all the favorite returning cast including Bob Thornton, Arianda, Tania Raymonde as Billy’s colleague, Diana Hopper as Billy’s daughter, Julie Brister as another one of Billy’s colleagues, Brandon Scott, Jena Malone, and Haley Joel Osment.

Academy Award winner J.K. Simmons has been cast as the main protagonist of the final season and he will be playing the head of a pharmaceutical named George Zax.

Are you ready to say goodbye to Goliath?