Ginny & Georgia Season 2 confirmed by Netflix through an official announcement by a YouTube video from the series stars and creators.

The official plot for Ginny & Georgia by Netflix is:

Free-spirited Georgia and her two kids, Ginny and Austin, move north in search of a fresh start but find that the road to new beginnings can be bumpy.

The official logline in the announcement video is:

Cue the champagne toasts and grab the vegan cheesecake. Ginny & Georgia will return for Season 2, only on Netflix.

There is no set release date announced for Season 2, but this early renewal might help in getting us that second season faster, if we follow the one year rule Ginny & Georgia Season 2 will air on Netflix in early 2022.

Most of the cast from Season 1 will be returning, but these are the lead actors in the series:

The second season of the series will comprise of another 10 episodes just like the first season, and it will be produced in Toronto, Canada.

Are you excited for Ginny & Georgia Season 2? 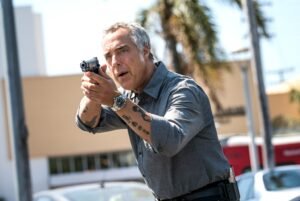 Bosch Season 7 – Trailer, Release Date & What We Know So Far