The first trailer for the much anticipated Wizarding World film Fantastic Beasts: The Secrets of Dumbledore has been revealed and it shows a war ramping up between Dumbledore (Jude Law), Newt Scamander’s (Eddie Redmayne) team, and Gellert Grindelwald (Mads Mikkelsen).

The trailer for the upcoming film begins with Law’s Dumbledore saying that “If you listen carefully enough, the past whispers to you.” After which we see flashes of Michael Gambon‘s Dumbledore from the Harry Potter franchise.

In the trailer we see Newt’s brother Theseus (Callum Turner) saying that they’re putting a team together to fight against Grindelwald. The team which will fight against the most dangerous wizard in over a century consists of Bunty (Victoria Yeates), Yusuf Kama (William Nadylam), Professor Eulalie “Lally” Hicks (Jessica Williams), and Jacob Kowalski (Dan Fogler). We also see returning characters like Credence Barebone (Ezra Miller) and Queenie Goldstein (Alison Sudol).

This trailer gives us the first look at Mikkelsen’s Grindelwald, the big baddie who will fight against our heroes, as tries to start a war between the Muggles and the Wizards. From the trailer, we can see that Mikkelsen has certainly made the role of Grindelwald his own, with completely different mannerisms from both previous actors Colin Farrell and Johnny Depp.

Fantastic Beasts: The Secrets of Dumbledore is directed by David Yates, who also directed the previous two Fantastic Beats films and three Harry Potter films. The script for the film is penned by J.K. Rowling and Steve Kloves(Harry Potter and the Deathly Hallows: Part 1 & 2).

Fantastic Beasts: The Secrets of Dumbledore (Official Synopsis): Professor Albus Dumbledore (Jude Law) knows the powerful Dark wizard Gellert Grindelwald (Mads Mikkelsen) is moving to seize control of the wizarding world. Unable to stop him alone, he entrusts Magizoologist Newt Scamander (Eddie Redmayne) to lead an intrepid team of wizards, witches and one brave Muggle baker on a dangerous mission, where they encounter old and new beasts and clash with Grindelwald’s growing legion of followers. But with the stakes so high, how long can Dumbledore remain on the sidelines?

Fantastic Beasts: The Secrets of Dumbledore is all set to premiere in theaters on April 15. Check out the trailer and first look images below: 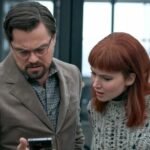 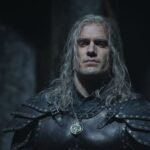