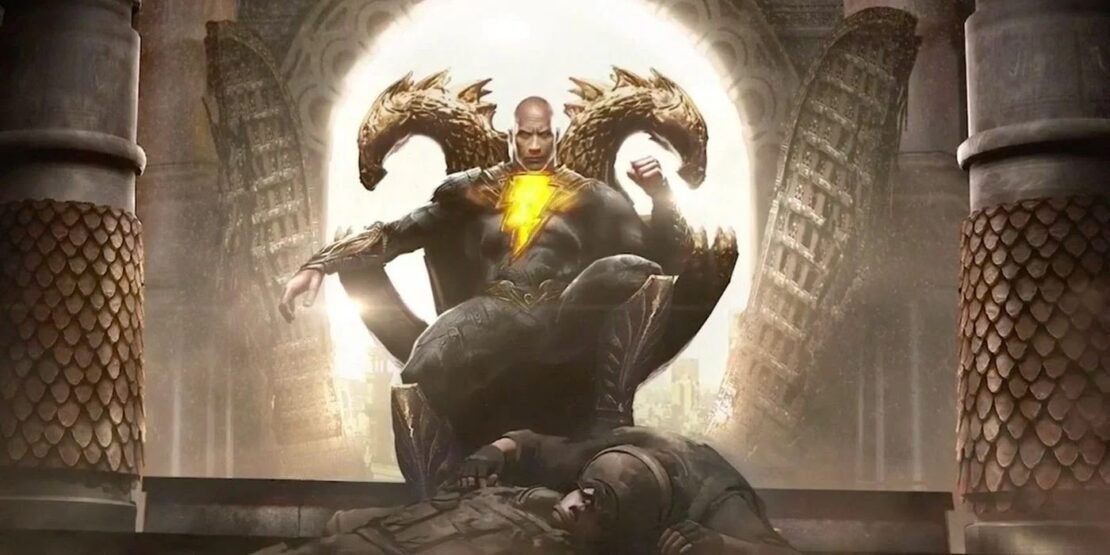 We have been waiting for the Dwayne Johnson‘s Black Adam to come to the big screens for quite a while now, with this DC’s antihero being given his own movie three and a half years ago and Dwayne Johnson being attached to the project even before that. Well, there is still a lot of time before this infamous character comes to the big screen but we have our first look for the movie thanks due to the DC FanDome event.

Black Adam was a slave who got powers from the same sorcerer that gave powers to Shazam, and then he freed himself and saved Kahndaq and its people by any means necessary but then he was deemed not pure of heart and then he was imprisoned for five thousand years and now he is free, and no one will stop him now.

At first in the teaser, we see Black Adam in his original human Teth-Adam form who is still enslaved millennia ago. Then he is in the form of Black Adam in his black and yellow color scheme with a badass cape similar to Shazam in his red and yellow color scheme, sitting on his a throne with a soldier at his feet. Judging by the soldier’s costume some parts of the story will be set in the present time.

There is still some time before Black Adam hits the theatre it was supposed to start shooting this month or September but due to Coronavirus Pandemic everything is uncertain and Dwayne Johnson also resumes the shooting of Netflix’s Red Notice with Ryan Reynolds in September and after finishing that then Dwayne Johnson can get to Black Adam which will hit the theaters on July 29, 2022.

The film will be directed by Jaume Collet-Serra (Jungle Cruise), and the screenplay is written by Adam Sztykiel, Sohrab Noshirvani, and Rory Haines.

Are you excited about Black Adam?