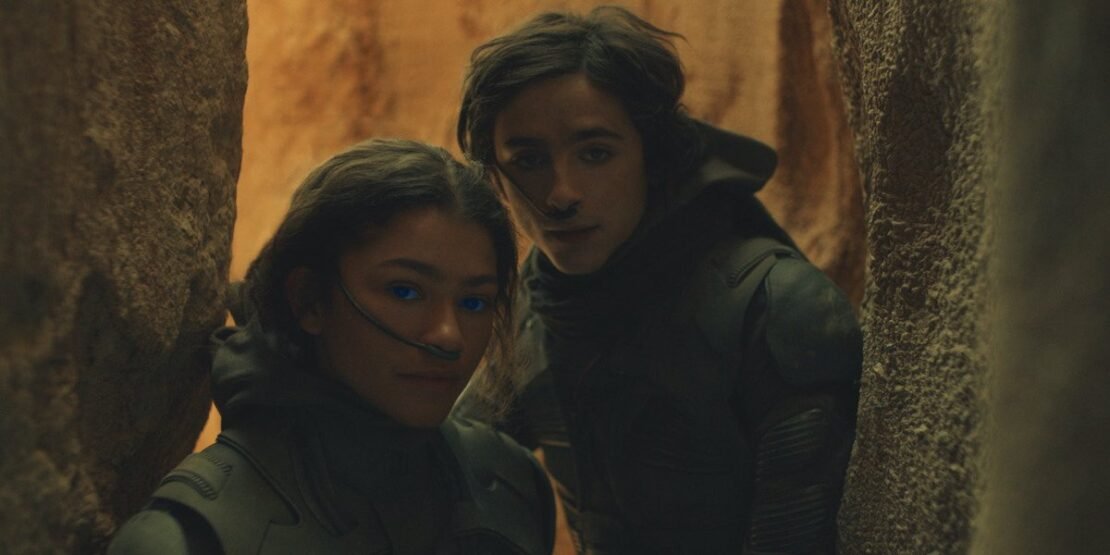 The Dune film will feature Zendaya‘s Chani as a Fremen citizen and a love interest of Timothée Chalamet‘s Paul Atreides.

Denis Villeneuve has revealed the much anticipated Dune sequel will switch protagonist from Chalamet’s Paul Atreides to Zendaya’s Chani if the sequel ever gets made. This news comes as a bit of a surprise because of the prominence of Chalamet’s Paul Atreides as a protagonist in both the upcoming Dune adaptation and in Frank Herbert‘s novel. But it remains to be seen how Villeneuve will pull it off and maybe the setup of the Dune sequel is already in place in the upcoming Dune film which is premiering in October on both HBO Max and in theaters on the same day.

Villeneuve revealed this news in an interview with the Italian magazine Il Venerdì di Repubblica, and he said this:

“I can’t wait to shoot the second part of Dune to get [Timothée Chalamet and Zendaya] back together. Knowing that in the next chapter Zendaya will be the protagonist of the story.”

Zendaya’s Chani Kynes is a member of the Fremen and she is the daughter of Liet Kynes (in the upcoming film Liet Kynes has been gender-swapped and will be played by Sharon Duncan-Brewster), who is the imperial ecologist and planetologist of Arrakis. Chani and the Fremen leader Stilgar (who is played by Javier Bardem in the upcoming Dune film), form a close bond. Chani is mostly present in the second half of the novel in which she introduces Paul and his mother Lady Jessica (who is played by Rebecca Ferguson in the upcoming film) to the ways of the Fremen. She stands out vividly in Paul’s mind, as he often has a prescient vision in which she appears.

Zendaya has proven her acting chops and her ability to lead a project, as she is just coming off her Emmy win for her work on HBO’s acclaimed teen drama series Euphoria. She will also return to her beloved role of MJ in the upcoming Spider-Man: No Way Home film which is premiering later this year. She recently appeared in the Warner Bros. sequel of the Space Jam film name Space: A New Legacy in which she voiced the character of Lola Bunny.

Dune is all set to premiere on HBO Max and in theaters on October 22.