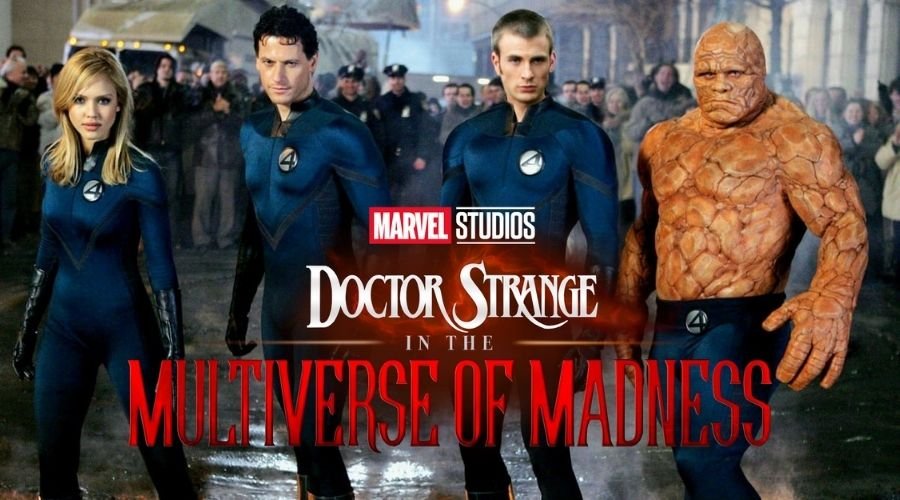 Doctor Strange in the Multiverse of Madness is the most highly anticipated Marvel Studios movie of this year. The film promises to fans that it will push the envelope and bring a lot of unexpected multiversal madness and fun cameos forward, and it seems to be delivering on its promise. The new trailer for Doctor Strange 2 came out during Super Bowl 2022, and it has sent the internet on a frenzy with inserting a voice in the trailer that seems too similar to Patrick Stewart, who played the part of Professor Charles Xavier in Fox’s X-Men universe. While this teaser for the upcoming film is exciting enough there is another possibility that this tease has hinted at and that is will the Fantastic Four could finally join the Marvel Cinematic Universe. This theory is supported even more by a moment in the trailer, in which you can see a burning superhero who might be the Human Torch from the Fantastic 4.

During the trailer we see the former Sorcerer Supreme being handcuffed and taken to a secret council, who are ready to judge him for his crimes against the fabric of reality and breaking the multiversal of madness lost on humanity. While we can’t make out any other member of the council, besides the unmistakable voice of Stewart, who is of course Professor X and that could be a hint that the film will feature a storyline from Marvel Comic’s Illuminati. Professor X was one of the main founders of the Illuminati in the comics, and the others were Mister Fantastic, Iron Man, Black Bolt, Namor, and strangely Doctor Strange. The Illuminati worked together to shape the future of humanity because they thought they were the right people to take crucial decisions for the people. The group worked in the shadows and was kept a secret from anybody outside of the group.

As we mentioned before that Reed Richards aka Mister Fantastic is also a member of the Illuminati in the comics. Reed is the leader of the Fantastic Four, the family of superheroes in Marvel. The family consists of Reed, the Thing, Invisible Woman, and the Human Torch. So, if two members of the Fantastic Four could be in the upcoming film what’s to say that Marvel Studios won’t bring back the whole gang and surprise the fans with another awesome cameo.

Stewart’s cameo in Doctor Stranger in the Multiverse of Madness is a big indication that Marvel Studios is bringing Fox’s X-Men universe into the MCU, and after the massive success of Spider-Man: No Way Home, which brought Andrew Garfield and Tobey Maguire‘s Spider-Man together with Tom Holland‘s web-slinger. So, this may be the time that Marvel started bringing the characters it wants from other universes that have been already created by other studios, and now that Disney owns Fox, it might be a little easier.

The first Fantastic Four live-action film featured Ioan Gruffudd as Mister Fantastic, Jessica Alba as Sue Storm aka Invisible Woman, Michael Chiklis as Ben Grimm aka Thing, and Chris Evans as Johnny Storm aka Human Torch. So, if Stewart is really in the film and reprising his iconic role of Professor X, the Mister Fantastic beside him would probably be played by Gruffudd, and if Evans showed up as the Human Torch it would literally blow up the people’s minds.

This is the right time for Marvel to bring back Fantastic Four in its universe as they were first announced to be in development in 2019. Since then the only news about the project which came out was that Jon Watts, the director of Holland’s Spider-Man trilogy will direct the reboot. So, it might be the time to bring Marvel’s first superhero family back on the big screen.

Doctor Strange in the Multiverse of Madness is hitting theaters on May 6.