The Karate Kid spin-off series Cobra Kai gets renewed for Season 5 by Netflix ahead of its fourth season premiere.Netflix has renewed Cobra Kai Season 5 months before the fourth season even premieres, this decision is surely a great news for the fans of the series which got four Emmy nominations for its third season including the best comedy series.

Cobra Kai is set 30 years after the first Karate Kid film’s events and it still is mainly focused on the conflict between Johnny Lawrence and Daniel LaRusso played by William Zabka and Ralph Macchio but it also introduces new blood to the franchise who carry over their master’s Karate legacy.

Cobra Kai was originally made for YouTube’s streaming service YouTube Premium on which it aired for two seasons and after YouTube stopped making original content Netflix acquired the rights for the series in 2020 and aired its third season as a Netflix original which was an instant hit and got fifty million views in its first month alone.

Cobra Kai Season 4 is all set to hit Netflix in December this year which will mark the return of the sinnister Terry Silver from the Karate Kid movies played by Thomas Ian Griffin.

Check out the teaser for Cobra Kai Season 4: 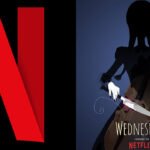 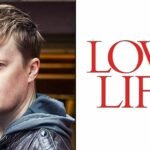