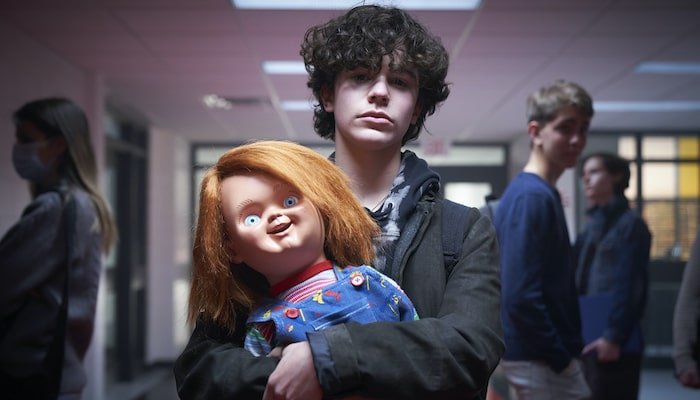 The Chucky TV series created by the original Child’s Play writer has completed filming and gone into post-production now.

Don Mancini the original Child’s Play creator has announced via Twitter that his new series Chucky has wrapped up filming. The series started filming in Toronto, Canada on March 29 and has completed it as of today. The Chucky series will be a direct sequel to Mancini’s seventh film in the Child’s Play franchise named, Cult of Chucky, and the series will consist of eight episodes in total. Mancini will be directing the first episode of the series and he has written every episode in the series. The pilot episode is set to premiere on Syfy and USA Network on October 12.

Chucky the series will be infamous doll being sold at a suburban yard sale, and after someone buys him the bloody nightmare will begin. The series will follow several different characters some of which are the recurring characters from the Child’s Play franchise and some are brand new characters made for the series.

The protagonist of the series is said to be a young LGBTQ teen who is bullied at school before Chucky comes into his life. Mancini seems very happy to have been completed the series calling it a “momentous occasion.” Mancini has been involved with every film in the Child’s Play franchise except the 2019 remake, he has written all seven films in the original franchise and made his directorial debut with 2004’s Seed of Chucky before helming both Cult of Chucky and Curse of Chucky.

Besides Mancini, Brad Dourif is also making his return as the voice of Chucky which he did in all of the movies in the Child’s Play franchise except the 2019 remake. Other returning cast members who will be series regulars are Alex Vincent as Andy Barclay, Fiona Dourif as Nica Pierce, and Christine Elise McCarthy as Kyle. Jennifer Tilly will also be making an appearance as Tiffany Valentine, the long-time girlfriend of Charles Lee Ray. The rest of the cast includes Zackary Arthur, Teo Briones, Alyvia Alyn Lind, Björgvin Arnarson, Devon Sawa Lexa Doig, and Barbara Alyn Woods.

A trailer for the Chucky series was released last month and it indicated the series will be going back to its roots and will premiere in gory and bloody fashion. The series is set to premiere on October 12 on both Syfy and USA Network.